COSTA RICA NEWS — La Nacion reported this week that it has been 30 years since the pesticide Nemagon was outlawed here for use in banana fields, but the effects linger on painfully both in a physical and a psychological sense. And it still continues to cost the nation money. 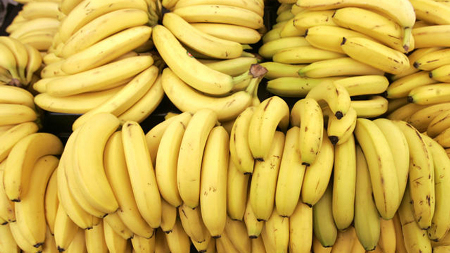 Sterility, miscarriages, deformities of genitals, cancer, skin diseases — all these were results from using the pesticide in banana plantations from 1967-79. Beginning in 2001, the state-owned INS insurance company has paid out 14 billion colones to 13,974 victims.

Although INS rejected 11,577 of the 37,500 complaints for lack of proof, INS was ordered to reopen cases in which those who did not directly work in the plantations with the sprayed plants have filed 11,856 complaints — housemates and families of the workers.

Although insurance companies have a reputation of telling beneficiaries what they can’t do for them, it is not INS’s fault. The agency simply had no regulations for those indirectly affected. It was not until the Constitutional Court, acting on an Omsbudsman complaint, ordered INS to reconsider. that re-examination of the cases began.

Even those who already have been paid for damage to their health from the noxious chemical received only 1.9 million colones each. Some 50 of the original complainants still have to be paid, but the court ruling gives INS only two months to investigate the complaints.

The active ingredient against nematodes was DBCP, a chemical in Nemagon and Fumazone used for 12 years on Costa Rican banana plantations. It was found to be a carcinogen, rupturing chromosomes and was a serious environmental contaminant.

After it was prohibited here, a class action tug-of-war ensured in U.S. courts beginning in 1998 by victims against Sheel and Dow, the chemical giants that produced both brands of pesticide. The banana producing companies Chiquita, Standard and Del Monte were also defendants.

As is standard operation procedure when international giant companies are sued, the case still drags on as the companies with money to burn avoid payment through legal roadblocks.

Today, Wednesday, June 9, only EVENS can circulate. The measure is countrywide and applied between 5:00 am and 9:00 pm, save for those under the...
Quepos

QCOSTARICA - The multipurpose national stadium, the first modern sport and event arena to be built in Central America, located La Sabana. The stadium was...
HQ