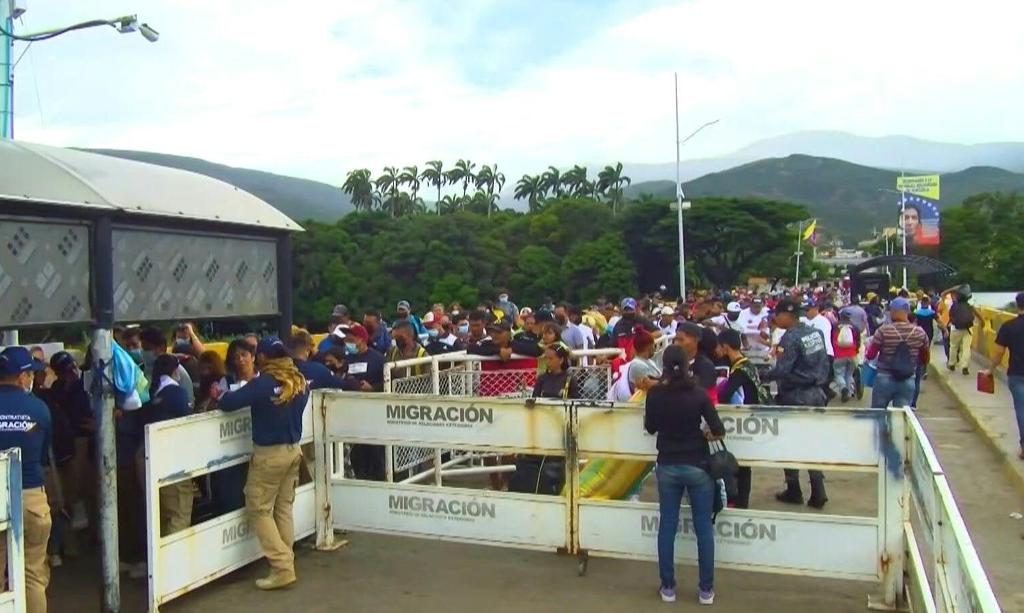 QCOLOMBIA – Colombia’s President-elect Gustavo Petro Wednesday announced he had contacted Venezuelan leader Nicolás Maduro to discuss the reopening of the border between the two countries once he takes office, which was part of the campaign promises.

Runoff candidate Rodolfo Hernández too had vowed to seek the re-establishment of diplomatic ties.

“I am in communication with the Venezuelan government to open the borders and re-establish the full exercise of human rights on the Colombian-Venezuelan border,” said Petro on social media.

The Venezuelan government had conveyed to Petro its “strongest will to work in the construction of a renewed stage of comprehensive relations”, according to the Foreign Ministry in a statement published on Monday.

After the first round in Colombia, Maduro assured that “whoever wins”, the Venezuelan government wants peace and cooperation. “Peace and brotherhood are what we want with Colombia,” Maduro had said.

Petro had stated that he did not eye Cúcuta without the full reopening of the border crossing with Venezuela, both for human rights and also for economic purposes.

“I have to tell you that Cúcuta cannot be a city, cannot prosper, cannot overcome problems without opening the borders,” Petro had pointed out, although he had admitted diplomatic relations were a separate issue.

“I see no alternative for Cúcuta if there is no full reestablishment of diplomatic and consular relations between the two countries,” he had explained while running for president. “It is the most appropriate way for the region due to the needs that exist.”

Petro had repeatedly questioned incumbent President Iván Duque’s plan to isolate Maduro to allegedly force him to resign and call for early elections. “The destinies of Colombia and Venezuela are on the same path, they even resemble their rulers, because there is nothing more similar to Maduro in Colombia than Duque,” Petro underlined.

The President-elect also spoke Tuesday with US President Joseph Biden to discuss future ties between Colombia and the United States. Local analysts say Petro will be closer to Washington than Duque ever was. Duque took several months to contact Biden after having supported his predecessor Donald Trump.

Costa Rica lies in Central America with a shoreline...
National