President Castro Calls for Solutions at 7th Summit in Havana 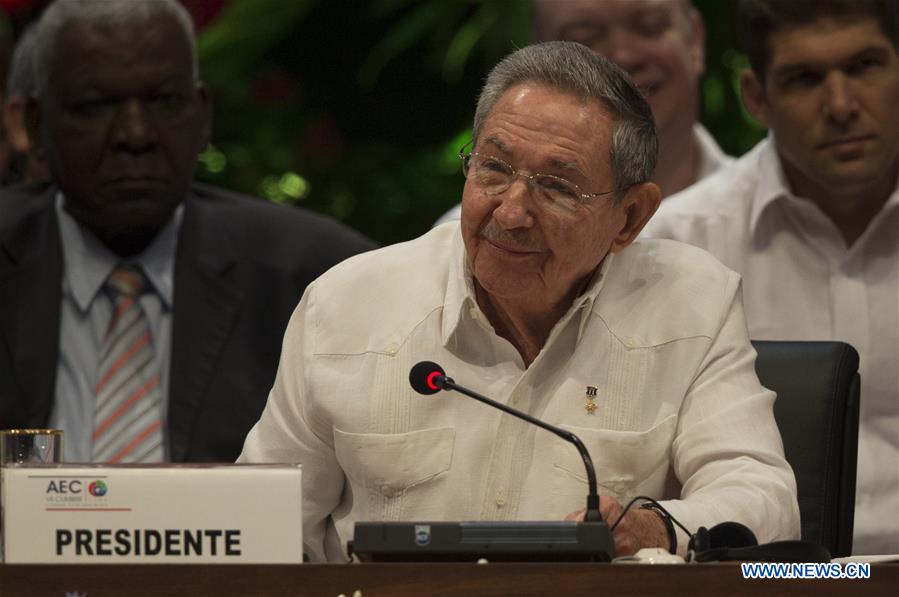 (Prensa Latina) Cuban President Raul Castro Ruz called today in this capital to find new and feasible solutions as for all the territories of the Caribbean could face regional challenges, such as the problems of air lines and maritime connections.

In the beginning of the meeting for Heads of State and Government in the frame of the 7th Summit of the Association of Caribbean States (ACS) President Raul Castro stated that the development of tourism, market diversification and the increase of tourism services are prioritized areas.

President Raul Castro also pointed out that in face of problems like climatic change, the increasing level of the sea, hurricanes, severe rains and coast erosion, it is indispensable to increase cooperation, to reduce the risk of natural disasters and of their destructive effects.

Also Venezuelan President Nicolas Maduro arrived in Havana Saturday to take part in the 7th Summit of the Association of Caribbean States (ACS) for Heads of State and Government.

At his arrival in Havana’s Jose Marti International Airport the Venezuelan President sent a greeting to the Cuban people, for which he said he felt a lot of love and admiration, and with which Venezuela shares a whole history of struggles.

Maduro assured he is very motivated to participate in this VII Caribbean summit, in which he will contact the rest of the Heads of State and Government, to keep on strenghtening the path for unity in the region.

The meeting for the Heads of State and Government of the ACS member countries will be today.

Costa Rica lies in Central America with a shoreline...
National