Among the actions include police forces to increase operations on highways, Ministry of Health officials visiting businesses to verify compliance with capacity and protocols and labeling, and a platform for citizens to anonymously make complaints for non-compliance with sanitary measures 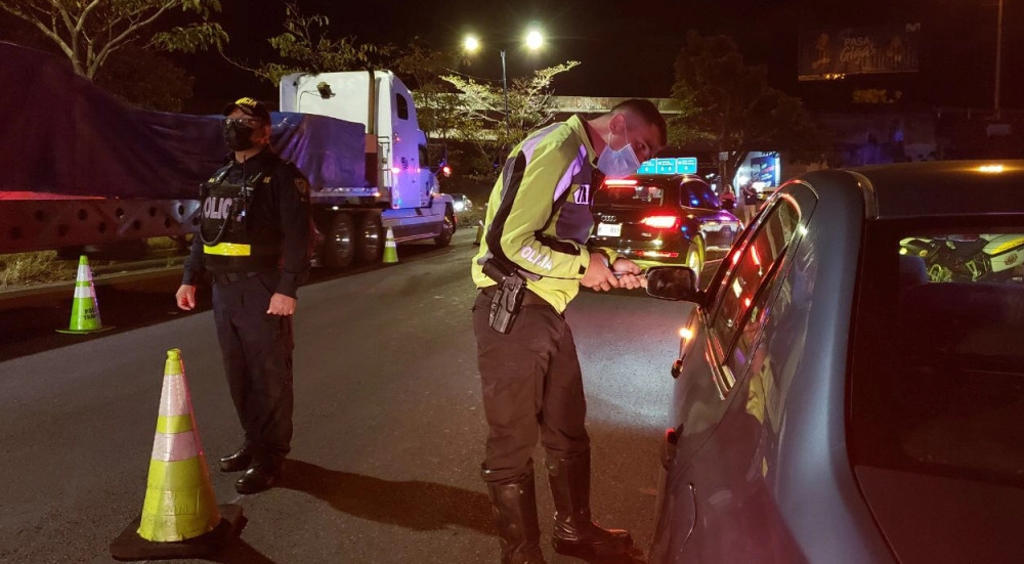 QCOSTARICA – In an effort to reduce COVID-19 infections, exacerbated with the arrival in the country of the Omicron variant, police forces of Fuerza Publica (National Police) and Transotp (Traffic) have since Tuesday until January 23 intensified operations on the road to ensure compliance with sanitary measures.

This was reported by interim Ministro de Seguridad Publica (Minister of Public Security), Luis Carlos Castillo, detailing that this operation will involve ‘an important’ participation of officials, as well as the availability of other resources that will work together in these actions.

“This operation is important because the numbers due to contagion have risen and harms the health of citizens and hospital saturation,” said the interim minister while reminding that the nighttime restriction for the entire country will be from Monday to Sunday from 10 pm and 5 am and daytime during the week applies only to the central districts of the capital city of San Jose.

Likewise, he pointed out that officials of the Ministry of Health will visit businesses in order to verify full compliance with aspects such as capacity, sanitary measures and signage with information that details the capacity and protocols.

Additionally, the Ministry of Public Security has available the link https://bit.ly/3nio0Qh to denounce anonymously non-compliance to the sanitary measures. This page is easily accessible and facilitates the rapid intervention of the authorities.

The webpage has the option of including photographs or videos at the moment, which allows to georeference more easily the point where the irregularity is being generated. According to the information registered by the Fuerza Publica, complaints through the system have had a significant increase during the weekends.

“We call on the general public to respect the existing health measures and thus exponentially decrease the cases of this disease that has so harmed public health and the economy,” said the interim Minister.

(AFP) The Omicron variant has moved the Covid-19 pandemic into a...
Read more