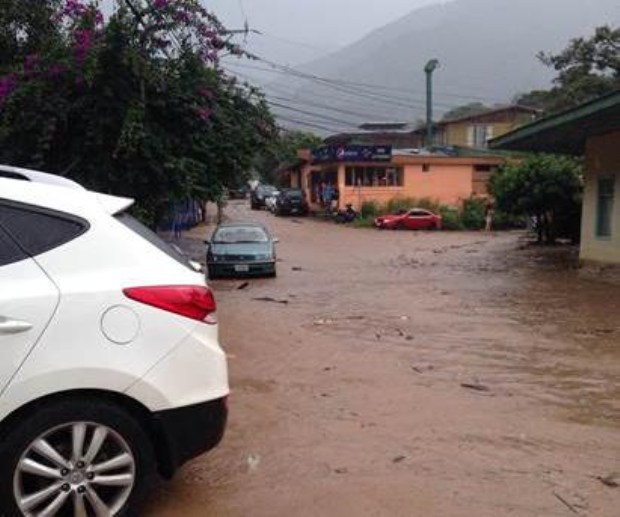 The areas most affected were the corer where the Fuerza Publica (police) station is located, were waters levels complicated vehicular traffic.

The Bomberos (Fire Department) was on scene to assist any person affected by the heavy rains. Several homes were flooded with water, mud and debris. 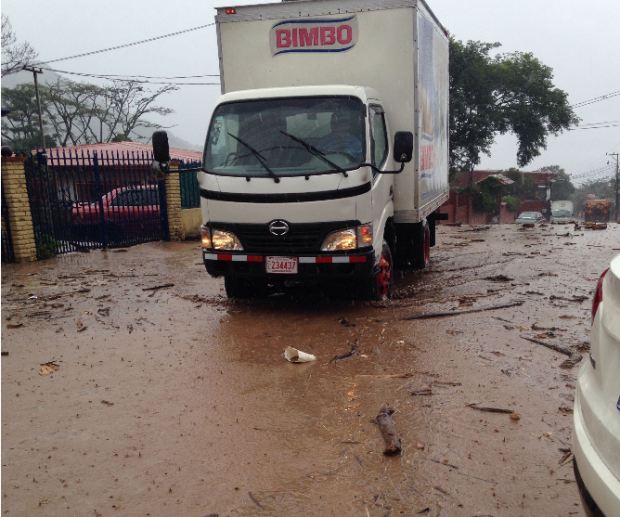 Clogged storm sewers are a common occurence throughout most communities across the country. Lack of culture on the part of many leads to trash accumulating and plugging up the storm drains that are not able to handle the large volume of water during the heavy rains, typical of the rainy season.