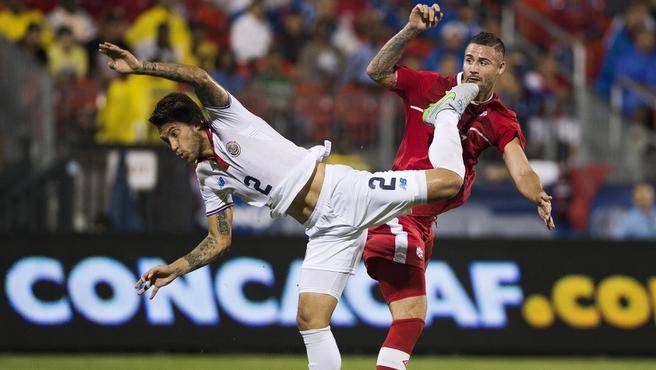 The tie also sends the Canadians packing after losing their third consecutive game.  Against Costa Rica, the Canadians deserved a better fate.

Both sides had some good scoring opportunities, though neither side could cash in.

The hearts of Ticos dropped to the ground when the Canadians did put one in, in the 68th minute but Marcus Haber’s goal was ruled offside. And, a close call came when Canada’s Andre Hainhailt winning the loose ball in from the net, when goalie Esteban Alvarado lost it, but Bryan Ruiz made a goal-line deflection.

Tuesday’s game, which drew a crowd of about 17,000 (a little more than half of the 30,991 capacity for soccer) at the BMO field (Exhibition Stadium) in Toronto, was Canada’s first ever Gold Cup at home.

The weather was also a factor, at times it was a wet one, with the skies opening.