NationalAlajuelaNews
By Q Costa Rica
28 May 2018 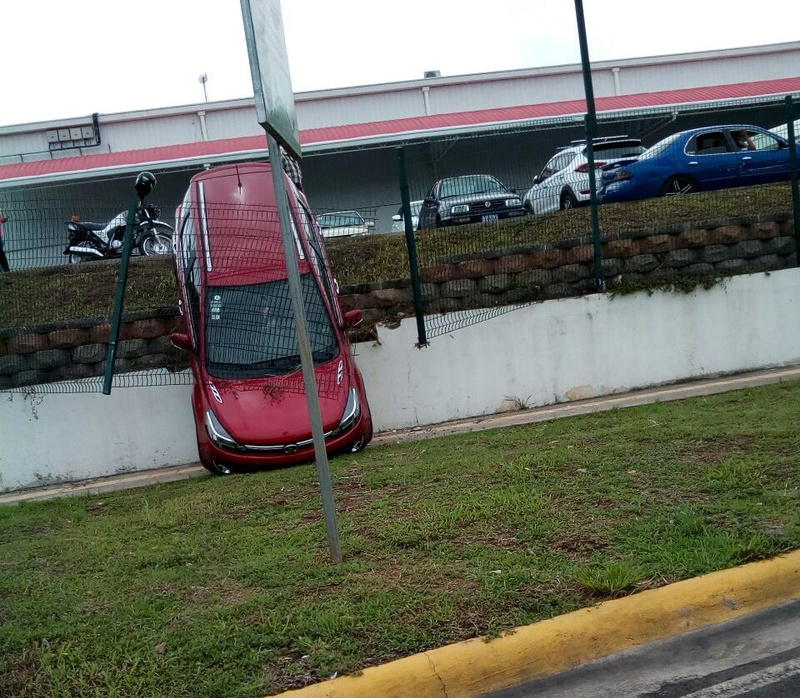 A customer inside the Pequeño Mundo in Alajuela heard his car’s license plate being called out over the loudspeakers, asking the vehicle owner to go to the parking lot.

But to his surprise, once in the parking the lot, the spot where he was sure he haad left his car, it was gone. 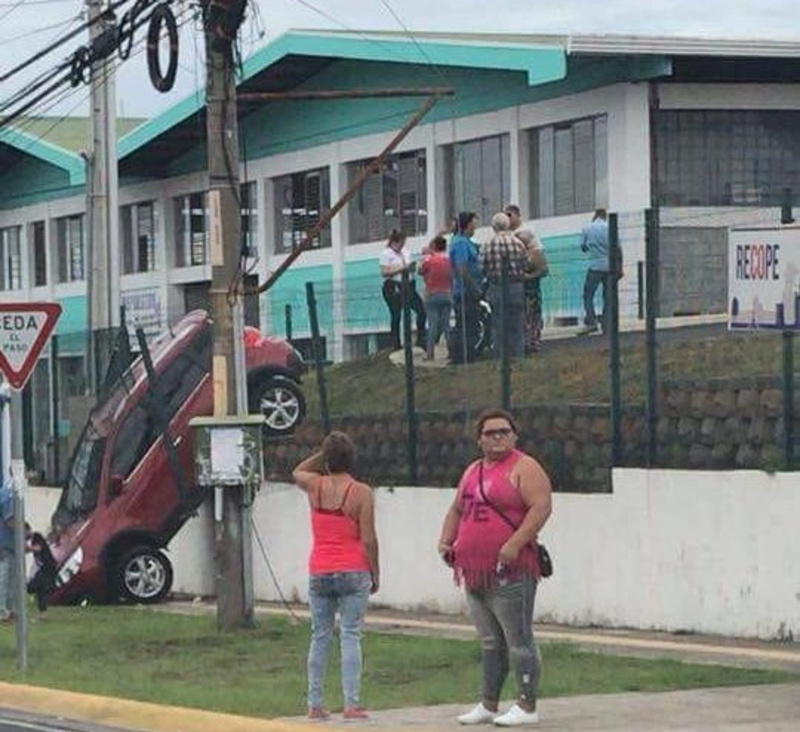 The store manager said the customer admitted to having not set the parking brake and apparently left the vehicle in neutral, causing the car to roll, take out the mesh fence and end up in the sidewalk below.

Fortunately there no people around the vehicle or passing by on the sidewalk when the vehicle took the plumge. Only material damages were reported.