Tempisque Bridge Celebrates Its 10th Anniversary and A Decade Of Neglect 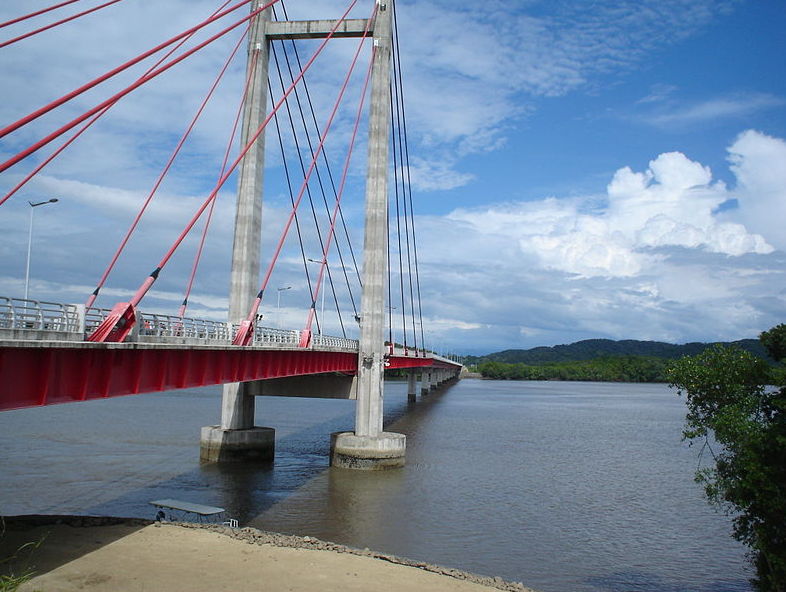 Next month, April 2013, the bridge over the Tempisque river in the Nicoya Peninsula celebrates its 10th anniversary. It also marks 3,653 days of neglect, not even a drop of paint to remove the graffiti that has been accumulated.

The bridge was inaugurated in April 2003, facilitating transit to the Pacific coast of Guanacaste. Prior to the construction of the bridge, this route required the use ferries to cross the Tempisque River, or long alternate land routes.

The bridge, spanning 780 metres, was financed and designed by Taiwan and built primarily by the Taiwanese, with participation of Costa Rican engineers and workers, and served as a launching point for major development in the Guanacaste region.

Recent studies have found some problems in the structure that have required increased maintenance. The bridge also suffered damage on 5 September by the 2012 Costa Rica earthquake. 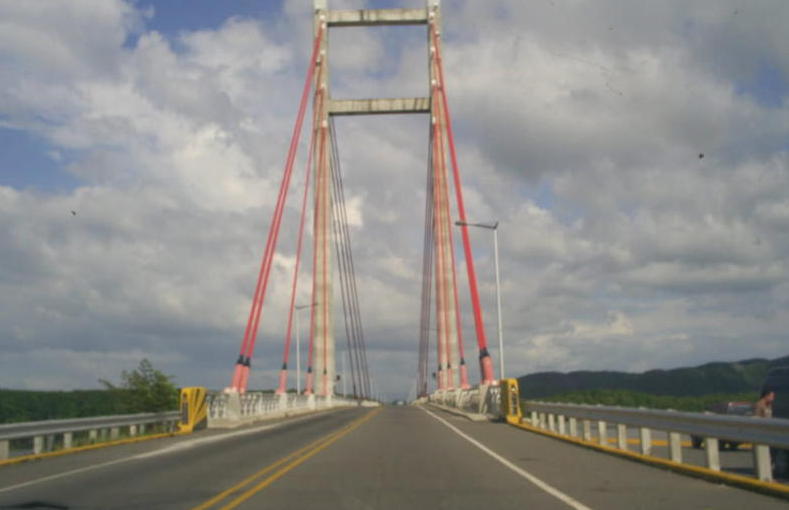 That day in September, the director of the Consejo Nacional de Vialidad (Conavi), Luis Salas, visited the bridge by helicopter and found that the structure that is crossed by 4.000 vehicles daily had cracks and crumbling concrete on the expansion joints.

The Laboratorio Nacional de Materiales y Modelos Estructurales de la UCR (Lanamme)  –  National Laboratory specialists Materials and Structural Models at the Universtiy of Costa Rica – has confirmed the existence of damage. The Lanamme has also confirmed that the September quake caused a mismatch between the sides of the bridge.

The damage is noticeable. The Lanamme report indicates that the one side of the sidewalk has shifted about 7 centimetres over the other side of the expansion joint. Rolando Castillo, the Lanamme specialist on bridges, however, assures there is “no risk to users”.

Castillo, in his report says there is not structural damage to the bridge, but it does not mean it does need attention.

This lack of attention, according to Castillo and other experts, is due to the country’s lack of culture towards its bridges.

The Ministerio de Obras Públicas y Transportes (MOPT) admits that, throughout this time, has virtually ignored the bridge, only replacing stolen signs.

La Nacion, in it’s report on the anniversary of the bridge, said it spoke to Omar Segura, spokesperson for the MOPT, who said that the one of the main problems in the area is vandalism. Segura, however, did not address the problem of maintenance, or the lack of.

QCOSTARICA - Costa Rica will extend the restrictions of its land borders until April 1, confirmed Casa Presidencial (Government House) on Thursday. As in the...
Pura Vida

QCOSTARICA - Dona Rosa lost everything in her life and surrendered her will to the hands of others. Luck changed one day when she...
Politics

QCOSTARICA - Legislator Ricardo Benavides lashed out on Tuesday that in the midst of the efforts to advance with the covid-19 vaccines the Government...
Economy

(BNamericas) - In order to strengthen the well-being of the population and the sustainable development of the country, Costa Rica has been incorporated a...
Vaccine

QCOSTARICA - A new batch of vaccines of 92,430 doses, and the largest received since December against covid-19, arrived Tuesday, as part of the...
Central America

Q24n - Central American countries presented a plan on Monday in the face of a possible migratory wave of Haitians, Cubans, Asians and Africans...
Trends

Recruitment is a prolonged process for any organization that consumes both effort and time. Even though almost 82 percent of the recruiters prefer a pre-assessment...
National

QCOSTARICA - The nighttime vehicle restrictions starting on March 1 will be from 11:00 pm and not 10:00 pm as this month, and on...
HQ