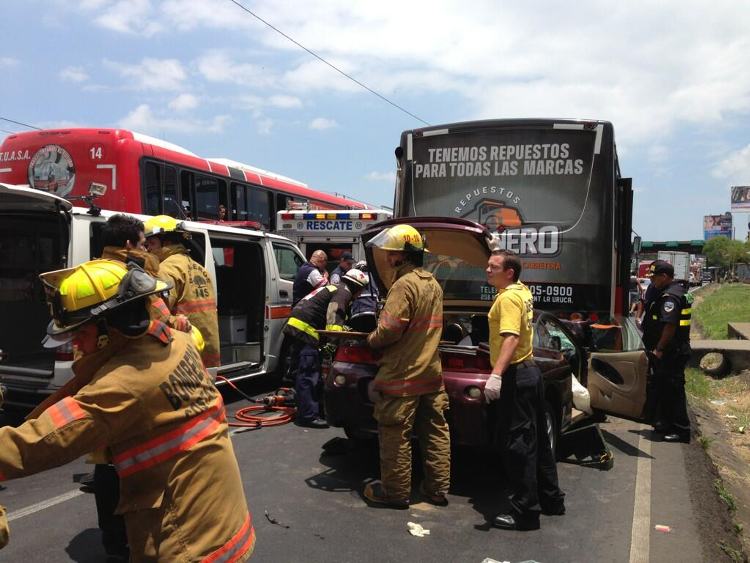 It would be ironic that the autopista General Cañas would inconvenience U.S. President Barack Obama much in the same way it does daily Costa Ricans.

It was minutes before noon that woman driving a small SUV plowed into the back of a bus, near the toll booths, a short distance from the airport.

This was also the time that Obama was wrapping up his participation in the Central America Forum sponsored by the INCAE, Costa Rica’s elite business school, in downtown San José.

The news of the accident sent the President’s security team scrambling for alternate routes.

However, Costa Rican authorities were able to clear the accident in record time, not affecting the Obama motorcade and his flight leaving on schedule.

Reports indicate that the woman driver plowed into the back of a bus a short distance from the toll booths, on exactly the route the presidential motorcade would take.

The woman suffered fractures in her legs and required hospitalization. Four others suffered minor injuries in the accident.