COSTA RICA EXTRA — While the family of the “Chifrijo” trademark battle it out with restaurants, one in Vuelta de Jorco, Aserri, in “La Casa de Mamá” has it own version, the “Chorifrijo”.
The Chorifrijo substitutes the chicharrón for a chorizo (sausage). But not any chorizo, best with a chorizo by local butcher Enrique Calderón, who is said to have a special gift for sausage making. 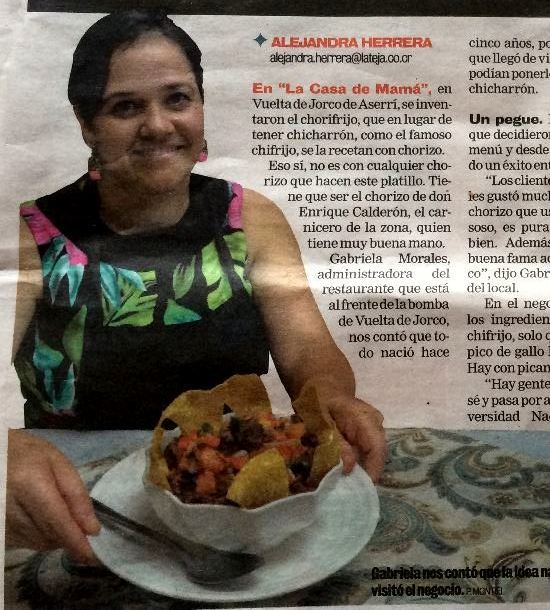 The manager of the restaurant, Gabriela Morales, told La Teja they have been serving the special dish for more than five years, originating from an idea a visiting “gringo” who asked for sausage instead of chicharrón.

It was an instant hit.

Morales explains that it was quickly decided to added as a permanent item on the menu, loved by clients for their taste. The dish comes with or without “picante” (hot spice).

“People come from all around,” said Gabriela.

Don Enrique explains the reason for the great taste is in the quality of the meats used, but would not reveal his recipe.

QCOSTARICA - The contagion rate of covid-19 in Costa Rica in the last week did not change, a fact that is seen for the...
Nicaragua

HQ - The Fuerza Publica (National Pollice) intervened an agglomeration of people on the outskirts of the Rincón Grande de Pavas school during the...
Coronavirus