The Drugloo: Flushed Contraband is Cleaned, Disinfected and Bagged As Evidence 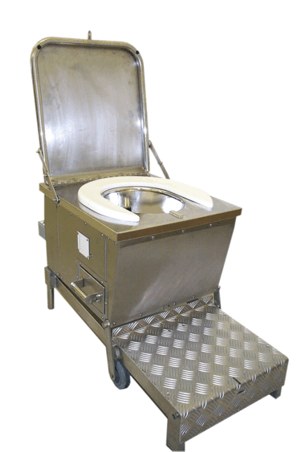 Compact enough to be transported in a car, then wheeled into operating positio, the “Drugloo” is the automatic sanitizing system treats incoming water to provide maximum protection to operative whilst sterilizing recovered packages, by cleaning, disinfecting and bagging the evidence.

The Drugloo, unveiled in Costa Rica at the Summit of the American Police (Ameripol) conference in Escazú, may soon be coming to an airport near you.

Drugloos are already in use across airports and other transportation hubs in Great Britain, Europe, the Middle East, Canada and the United States

“When people come through customs or they’re trying to smuggle things across borders or into prisons and they swallow them or hide them in, um, other places,” explained John Baker, managing director of Drugloo, “most border agencies tend to use a bucket and a pair of gloves. So we invented [these] chemical toilets.”

After the contraband enters the toilet, Baker said it gets flushed into an agitator, where it’s cleaned, disinfected, and bagged as evidence.

The portable toilet is just one of the security-related products exhibited by nine British companies.

The conference, held between November 11-13, 2013, focused on finding mechanisms for greater coordination and cooperation in the fight against organized crime.

During the conference a number of agreements were reached, including the strengthening of the Red Interamericana de Desarrollo y Profesionalización Policial, led by the Departamento de Seguridad Pública de la Organización de Estados Americanos (OEA). 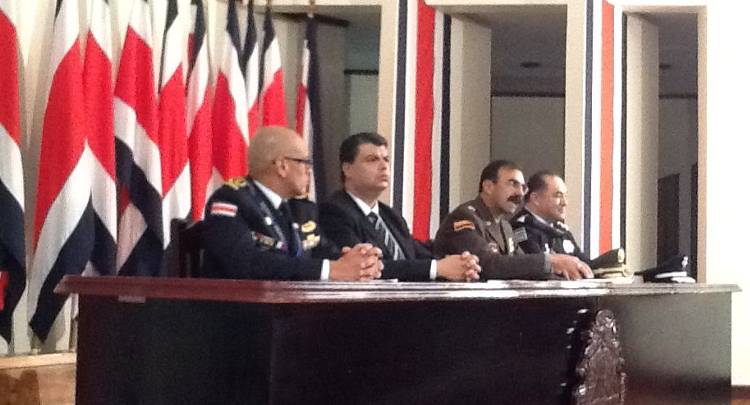 In addition, the AMERIPOL board of directors selected Costa Rica’s own, Juan José Andrade, as president for 2014-2015.

Andrade is currently the director of the Fuerza Pública – head of Costa Rica’s police force.