The Last Cacique of Costa Rica 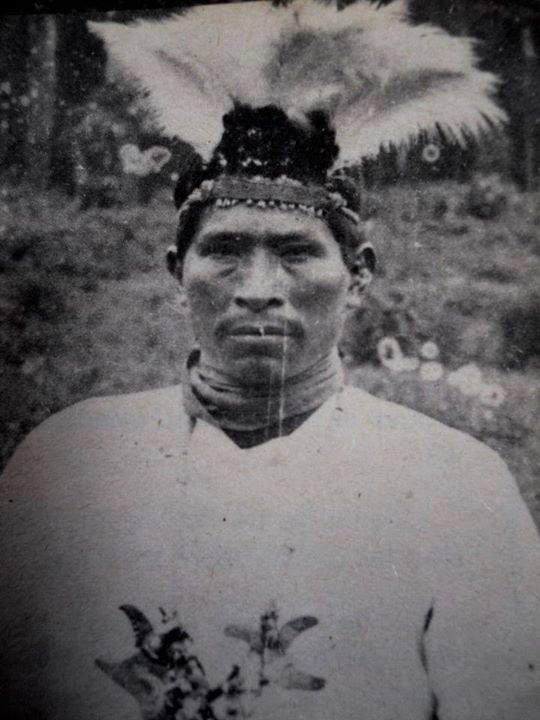 QCOSTARICA – If you have been in Costa Rica long enough you have heard the term Cacique, which you quickly learned comes in a transparent bottle with a red label.

But I am guessing you never knew (the past because you are learning it now)  Cacique means “Chieftan”. And that Costa Rica had its own Royal Chief, heir to ancient cultures, that spawned the modern era of our country and then die, allegedly poisoned?

It turns out that since colonial times, indigenous communities were rebellious against the Spanish domination, not only they (the Spaniards) occupied their land but imposed their culture.

The most famous rebellion occurs in 1710, where Pablo Presbere is beheaded by the army in the province of Cartago.

Indigenous populations were decimated and especially sent to Talamanca, which at that time was like exile.

It turns out that for 1850, everything that was Limón was claimed by Costa Rica against the English Empire who called it ‘la mosquitia’. The Government of Costa Rica, nor dumb, nor lazy, sought out native allies seeking to maintain control of the region. Especially for 1860 and 1870, when Limon began to appear as a possible output port to Europe and at end of the Magno Proyecto of Tomás Guardia to build a railroad from San José.

In 1862 there were three Chiefs in Talamanca; the main was Chirimo; the other two, Santiago Mayas and Lapis.

By the law of 25 July 1867, the government of Costa Rica gave the Chiefs the status of political leaders. Birche and Willie, cousins ​​of Santiago Mayas, seized power on the death of Lapis.

For alleged abuse of power, Birche was dismissed by the governor of the province of Limon. Thus, in 1874, the State gave to the decorative power of Cacique to Willie, and the real power to a former US Navy, John H. Lyon.

This was established in Talamanca in 1858, where he married a native of the royal family. In addition, in 1867, Lyon was appointed director of ‘Reducciones’ of Talamanca.

Being part of the Salwak clan, which means owners of the red monkey, Saldana was the king of Bribri, Cabécares, Teribes, Changuinolas and Borucas. He was recognized (as chief) by some 3,200 indigneou and the government of Costa Rica.

He was matrilineal nephew of Santiago Mayas, had three sisters and three wives, Oleria, Leonor Almengor and Aurelia Cuellar, because polygamy among bribris was the custom in those days.

King, Saldaña was young and well-developed, stainding 1.80m (5 feet 9 inches). He dressed simply, but differed from with gold and carrying stick of the chief.

Saldaña was contradictory in his dealings with the government. First he opposed the presence of teachers in their territory and that the indigenous serve military service, but then asked President Cleto González change the policy of neglect towards those regions.

Antonio died on January 3, 1910, during a funeral feast, as his nephew Joseph, who was to have succeed him to the throne. The official report stated that both died poisoned by drinking iodine; but according to some oral stories, these deaths were not accidental.

Thus ended the reign of the Cacique in Costa Rica.