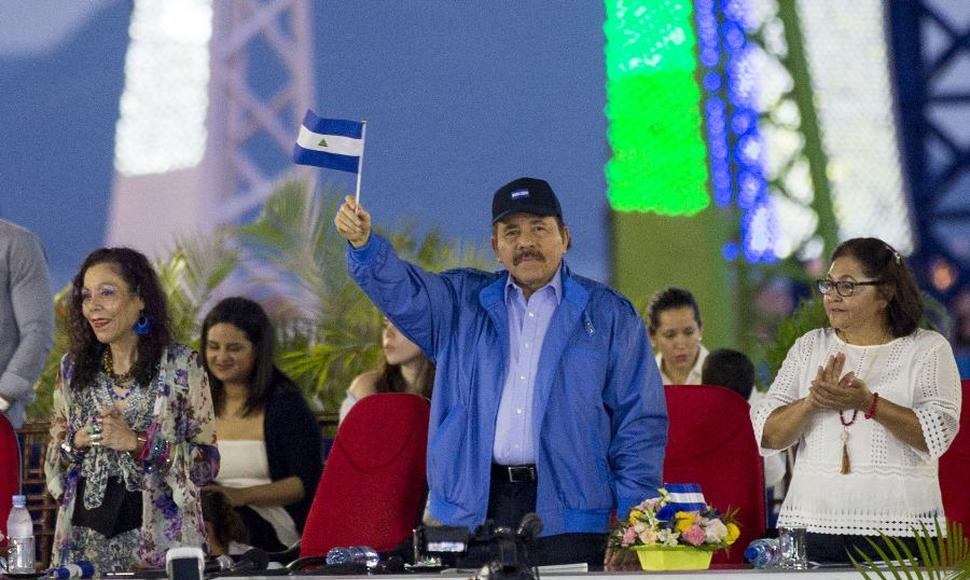 Nicaragua’s former Foreign Minister, Francisco Aguirre Sacasa, says that U.S. president Donald Trump and the U.S. Senate offered the Government of Nicaragua the possibility of a “soft landing” to overcome the political crisis, but President Daniel Ortega “did not take advantage of a great opportunity.”

Sacasa, who was also an ambassador in Washington, said in an interview with El Nuevo Diario, in the Executive Order of President Donald Trump, declaring the Government of Nicaragua as a threat to the national security of the United States, political considerations would also have affected his interest in reelection in 2020 and setbacks suffered by the Republican Party in the House of Representatives, in the recent mid-term elections.

For Sacasa, “it was a historic day in relations between the Governments of Nicaragua and the United States. These actions show that Washington is serious about the restoration of democracy, the rule of law and respect for human rights in our country, and against corruption.”

What this, the sanctions and Nica Act, mean in terms of the state of relations between the two governments, they constitute blunt blows against the Nicaraguan Government, they imply that relations between Washington and Managua have fallen back to their worst level since the late eighties, when both countries cut relations at the ambassadorial level.

Nicaragua is an impoverished country, not a poor one; and this impoverishment is the direct result of our political errors and, above all, by our political immaturity.Francisco Aguirre Sacasa

“My reading is that the strong American reaction reflects a certain frustration over the way in which Commander Ortega and his spouse closed themselves to the attempts that both the Trump administration and the Senate offered to facilitate a soft landing for Nicaragua and the Ortega-Murillo family and their relatives,” said Sacasa.

The former Chancellor refers to the unsuccessful meetings held a few months ago by Caleb McCarry, senior adviser to the Committee on Foreign Relations of the U.S. Senate, and Carlos Trujillo, permanent representative of the United States at the OAS, with Comandante Ortega himself and his family members.

“There, Daniel did not take advantage of a great opportunity, and Nicaragua has been harmed by this mistake,” said Sacasa.

Sacasa said he was not surprised with the approval of the Magnitsky Nica or Nica Act, knowing there was a high probability of action in the U.S. Congress before the end of the year, because if not approved before December 14, the date on which the Congress recesses for the year, the bill would expire.

He was surprised, however, by the executive order signed by the U.S. President.

“I never imagined that it would be by an executive order signed by the president himself, sanctioning Vice President Rosario Murillo and Néstor Moncada Lau. In fact, the White House was ahead of Congress in this case,” said Sacasa.

For the former Chancellor, he believes Trump acted quickly on Nicaragua to strengthen his base in states with a lot of electoral weight, such as Florida, with its 27 electoral votes, if he wants to overcome after the setbacks he suffered in the House of Representatives in the mid-term elections for his 2020 re-election bid.

“Florida is a jackpot exceeded only by California, Texas and New York. And in acting against Nicaragua, he must think that he will expand his support within the influential Hispanic communities in South Florida,” said Sacasa.

Sanctioning the vice-president and Ortega’s wife, Rosario Murillo, sent a powerful signal according to Sacasa. Sacasa explained, “Since the genesis of the Nica Act, one of the most discussed issues in Washington is who to include among those sanctioned and in what order. In this sense, the most supported strategy was to gradually to lead up to Commander Ortega and his family circle to induce them to a soft landing.”

“But, with the Executive Order, it can be seen that the White House has ruled out this scheme and is playing for keeps. It is, clearly a serious warning. Daniel chose to ‘keep it all’ and it seems that the United States is on that same wave,” said Sacasa.

“Obviously, Nicaragua does not represent a military or economic threat to North America, but I do believe that in Washington it is thought that our crisis has the potential to destabilize our neighborhood: the Central American isthmus. Moreover, continuing could undermine the ‘wall of contention’ that we have been against illegal migrants, drug trafficking and organized crime,” according to Sacasa in justifying President Trump’s executive order.

The former Chancellor added that Nicaraguan migrants represent a burden for our neighbors and may end up joining the caravans that are heading towards the southern border of the United States. “President Trump considers that this migration from Central America represents a threat to his country,” said the former ambassador to Washington.

What will be the impact all this have on the Nicaraguan economy and on U.S. aid?

According to Sacasa, “U.S. aid to the Ortega government was cut to the minimum since the beginning of 2017, and most of what little remains is to keep the flame of democracy burning in Nicaragua, to help the poorest and for defense issues.

“As for our economy, the truth is that it is already broken, in free fall, and that our people are already going through a severe socioeconomic and even humanitarian crisis.

“But, if we move to heal right now, I am convinced that our economic recovery will be quick; It could begin to be seen in 2019. Let’s not forget that Nicaragua is an impoverished country, not a poor one; and this impoverishment is the direct result of our political errors and, above all, by our political immaturity.

“In more or less a thousand days, we will fulfill two centuries of life as an independent Republic. The time has come to leave behind our political underdevelopment. We already need to learn to manage our political transitions through democratic mechanisms, as does the vast majority of the countries of the Latin American subcontinent.”

Nicaragua, on September 15, 2021, celebrates its 200th anniversary of independence. This day in 1821 was a historic day for much of Central America as, after almost three centuries of colonial rule, the nations of Guatemala, El Salvador, Honduras, Nicaragua, and Costa Rica, gained independence from Spain.

QCOSTARICA - In another episode of their recent friction,...
Fuel Prices