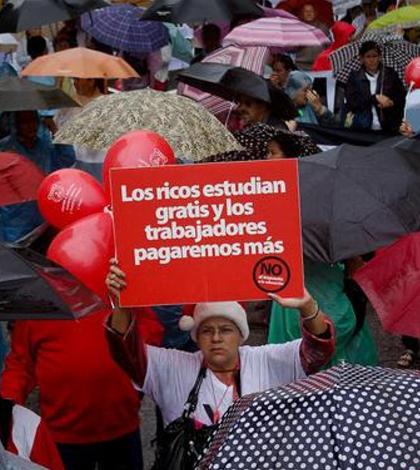 Q review says, “If you liked Part I, you will love Part II.”

Just when we all took a collective sigh of relief, another Chinchilla tax plan is back on the table, so says the Minister of Finance, Edgar Ayales. 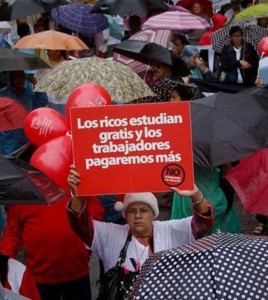 What is different the second time around is that we have more of a “Fiscal” plan than simply raising taxes. That translates, according to the Minister, to a reduction in federal government expenditures as well as a more concerted effort to collect those taxes owed by deadbeats. (Now if only the CAJA, public healthcare institution could get on the collection train.)

As with most things in Paradise, what starts out simple becomes complicated to unintelligible. That is my number one fear and my prognosis.

The second is that while raising taxes on the public is an absolute formula, the reduction in costs of government is not and never has been. The costs are “whatever”; the most hated word in the English language.

According to El Financiero, the new tax burden of the country would be 15.5% of GDP which when factoring in our typical social charges comes to 19% of the GDP.

For the most part, this all remains skeletal and again as a Paradise custom, nothing is specific nor is any this writing.
Apparently the intended proposal in text form will be available in May of June of this year while seeking Assembly approval in May 2014. Just in time for the next president to “bite the bullet.”

What seems to be the anchor of this movement is the resurgence of the VAT tax system, reducing state expenditures by 1% while increasing revenues by 2%.

“The short-term cyclical measures we have been taking for several years to alleviate the fiscal situation is exhausted. There is very little room to do more,” said the Minister as quoted by El Financiero.

The thought process that seems to be missing in all this is that over last twelve or so months, taxes have, in fact, gone up. Residents and citizens alike pay more for the marchamo tax, water, electricity, corporate, real estate, vehicle and real estate transfers, public transportation and my favorite, gasoline have all increased and along with it the tax money collected.

As the old “dicho” says, “Ten percent of nothing g is nothing.” Truer words have never been uttered. However, 10% of an increase in prices is something, and we have consistently been hit with that.

Put that together with the steady devaluation of foreign currency + plus the $5 billion in foreign borrowings and we have the formula for collapse.

This story is being carried by most Costa Rican news outlets and many foreign press releases. Why then, knowing the tax zombie still exists in the hearts and minds of this government would anyone wish to invest in this country?

“Yes,” almost immediately the politicians and industry have gulped on their lattés and declared “No way Jose!” But we have heard that before.  Besides, when this all comes to a vote, this assembly has nothing to lose. They can only serve a single term in office and that will be history in 2014.

The next person, right now either Johnny Araya or Epsy Cambell will face the backlash.

Araya said, “…this will be the opportune time to discuss issues facing the people,” and then a chance for the politicos of Costa Rica to be transparent.

The issue, the very challenge of transparency among our professional bureaucrats who can hide a dozen elephants under a single umbrella with trivial blah, blah numbers is indeed hard to fathom. Seeking reality has been tried by the best only to come with, “Who knows?” as in La Trocha.

QCOSTARICA - The Government on Thursday changed its bill...
National