The national weather service foresees an increase in rainfall in the Pacific coast, the northern zone and the Central Valley for several days

The national weather service foresees an increase in rainfall in the Pacific coast, the northern zone and the Central Valley for several days

(QCOSTARICA) The national weather service, the Instituto Meteorológico Nacional (IMN), confirmed that the arrival of a new tropical wave is expected this Thursday afternoon, characterized by the high potential of becoming a tropical depression, the lowest category of a cyclone. 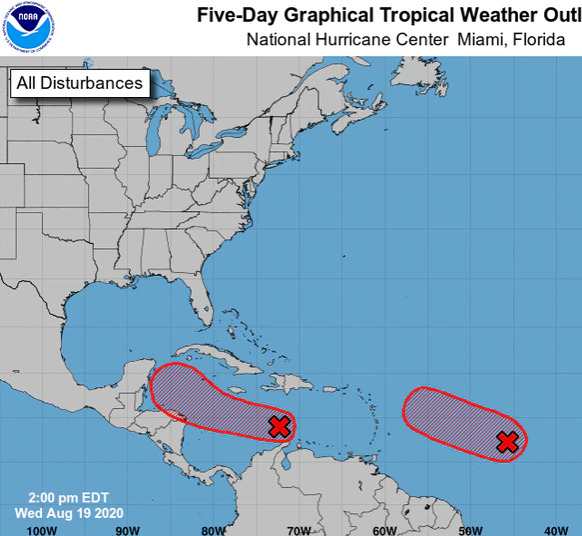 The National Hurricane Center indicated Wednesday that the tropical wave has a 60% probability of becoming a tropical depression in the next 48 hours and an 80% of doing so in the next five days.

The IMN’s Juan Diego Naranjo, affirmed that the latest analysis on tropical wave no. 30 is foreseen to arrive in Costa Rica this Thursday afternoon, expected to interact with the intertropical convergence zone favoring a rainy scenario.

“If this tropical wave becomes a tropical depression, it would happen in northern Central America by the weekend. Due to its possible position and strengthening, there is a high probability of indirect influence towards Costa Rica,” says the meteorological warning issued Wednesday afternoon. 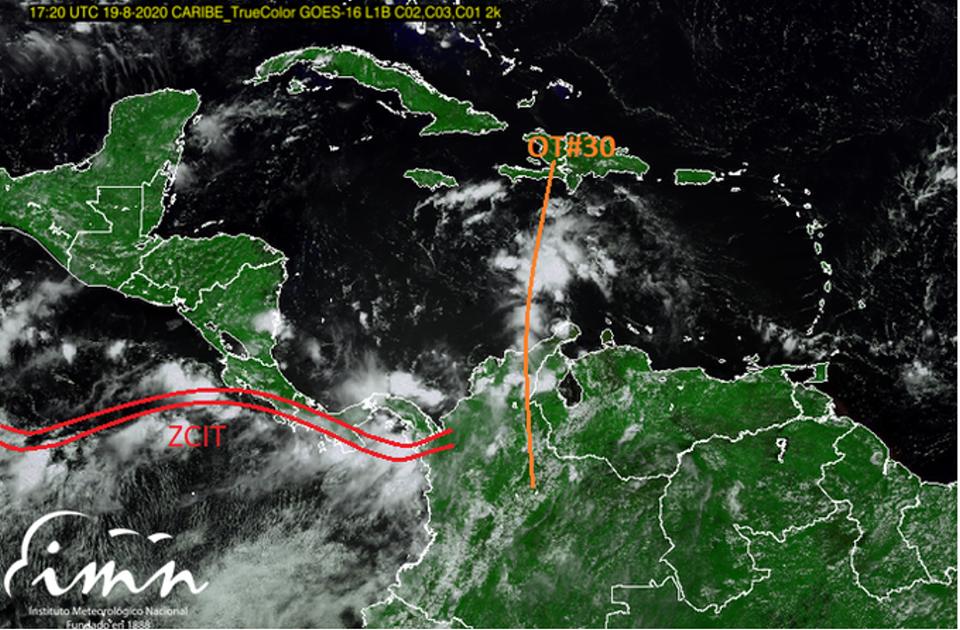 According to Naranjo, the projected direction indicates that it would be off the coast of Honduras where it develops as a tropical depression, that is, with associated winds between 50 and 69 kilometers per hour. From 70 to 119 it is considered a tropical storm and 120 onwards a hurricane.

This Atlantic season has been very active as it already registers 12 tropical cyclones, of which only Hanna and Isaías reached hurricane category 1.

They are given a name when they become a tropical storm, the next one will be called Laura.

According to Lidier Esquivel, head of the Investigation Analysis Unit of the Comisión Nacional de Emergencias (CNE) – National Emergency Commission, an increase in the number of incidents is expected, which is why he calls for people living near rivers and streams to vigilant.

Landslides are common during this time of year, as heavy water-laden slope soil, rock, etc. will succumb to the forces of gravity. Slides can cause disastrous flooding, particularly when landslide dams across streams are breached, and flooding may trigger slides.

Last week, the heavy rains caused damage to the Coronado river bridge on the Costanera sur, located at kilometer 179, at the height of Ciudad Cortés.

Previous articleDo not be alarmed by dollar exchange at ¢600, it is a cyclical behavior
Next articleCOVID-19 Costa Rica: 410 in hospital, 128 in ICU for Aug. 20

QCOSTARICA - If you are out and about this weekend, keep...
Read more
- paying the bills -