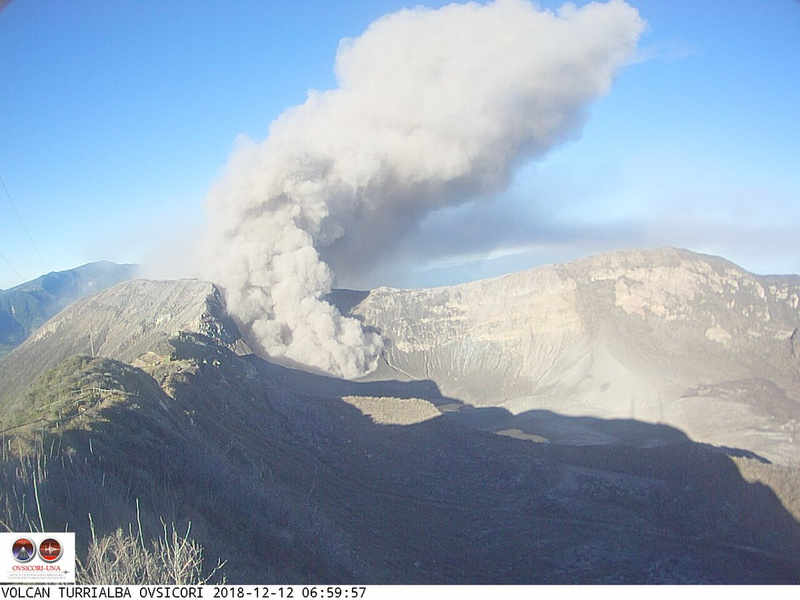 Although the intensity of the ash eruptions has been reduced in comparison with the last five days, the Turrialba volcano remains active.

On Saturday night the colossus stopped all activity, but Sunday morning the volcano emanated ash again. The ash column rose some 300 meters above the height of the crater (3640 meters above sea level).

Though the ash output remains weak and diluted, it does have a potentially important impact in the area of the Irazú Volcano National Park.

According to the Observatorio Vulcanológico y Sismológico de Costa Rica – OVSICORI-UNA, (Volcanological and Seismological Observatory of Costa Rica,) the volcano has been active without stop since November 22. Low amounts of ash and earthquakes have been reported.

On December 12, the ash column reached some 500 meters above the crater, causing the cancellation of a number of flights out of the Juan Santamaria (San Jose) international airport, a distance of about 90 kilometers.