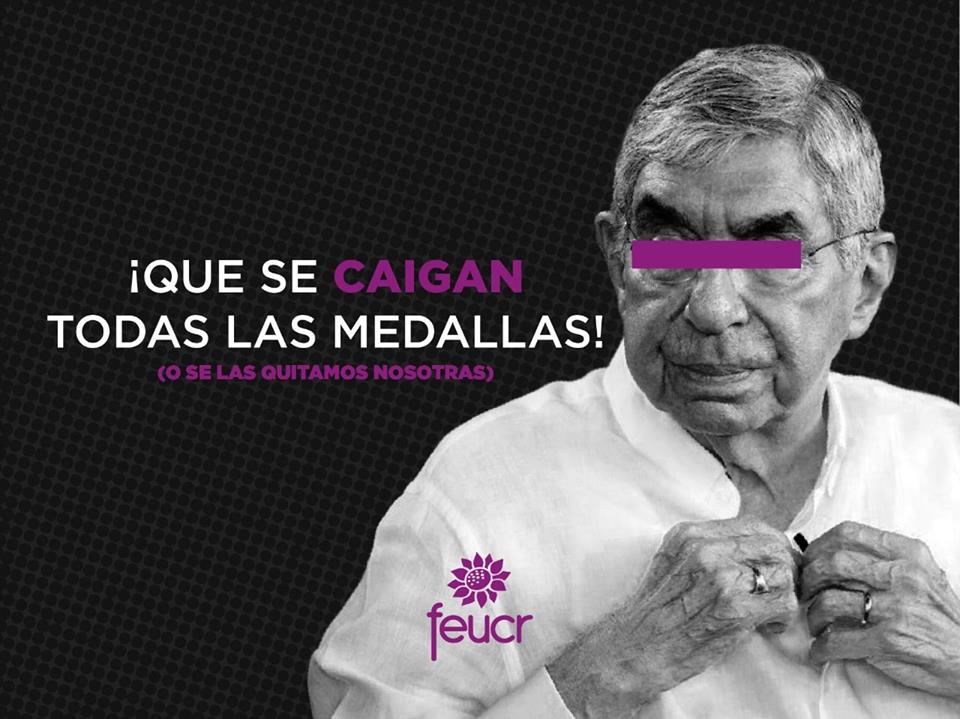 Following the allegations of sexual abuse and rape against former President Óscar Arias, the Federación de Estudiantes de la Universidad de Costa Rica (FEUCR) – Student Federation of the University of Costa Rica – called for the withdrawal of the Doctorate Honoris Causa to the Nobel Laureate.

This Thursday morning, FEUCR in its Facebook profile, requested the University Council of the university to withdraw this distinction delivered to personalities whose work or studies of a cultural nature have reached a significant significance and international importance.

“As a result of the complaints of recent days, as Student Federation we call on the University Council of the University of Costa Rica to withdraw the Honoris Causa Doctorate awarded in 1987 to former President Arias Sánchez. Likewise, we request the Nobel Foundation to carry out the same action with the award granted in the same year. He does not deserve a distinction of peace, who snatched it from so many women. #YoTeCreo, we and we believe them,” reads the publication.

Leonardo Garnier to women who denounced Oscar Arias: “I believe them”

The list of women who claim to have faced cases of...
Read more

The gambling industry has prospered over the years and...
Investing In Costa Rica