Why Does Costa Rica Keep Shooting Itself In the Foot? 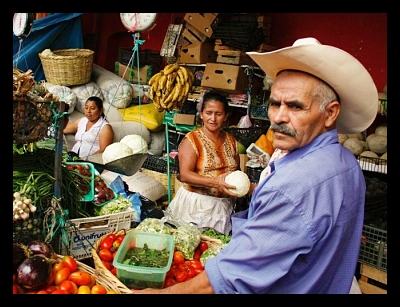 According to a report and figures released titled “State of the Region”, SICA writes that Central America is the most violent region in Latin America per 1,000 inhabitants that is not at war.

How accurate is that statement remains in doubt. However there is no question countries such as El Salvador, Guatemala, Honduras are depicted as wholesale killing fields.

But then come comes the #4 spot, Pura Vida, our country. Our nation of peace.

In my opinion, and not so humble, the Caribbean and some parts of the Pacific are made for target practice or even more horrific crimes such as that of Jairo Mora, the asphyxiated environmentalist who after being beaten, tortured died a horrible death and despite global pressure,  little is being done about it.

To make Costa Rica even less inviting, “A report on the Financing Blog titled “Your Insurance” says that of all 100% Latin American countries, Costa Rica comes in 4th on the Consumer Price Index (CPI) list. If you live here, then the CPI is the most important measure of the cost of living in real terms as opposed to artificial inflation figures. And, this says, “Wow, we are one expensive place to live or visit.”

As a side bar, numero uno on the list is Venezuela, then comes Brazil, Uruguay ranks third and then comes Paradise finally followed by Chile. That is quite an array and not the best of reputations.

In short, Costa Rica is on the hit list for killing or be killed (#4), we are on a similar hit list for the cost of living, also #4 in all of Latin America. It costs a lot to live and die here.

And when taking in consideration more subjective subjects matter, again it is still an “ouch”.

For example, how is it possible that 11,000 plus Costa Ricans drink arsenic laced water every day of their lives and there is no answer according to our crack experts in the government. “It is in the soil,” they say. But how did it get from raw earth into the drinking water unless like the roads and bridges, the pipes have rotted away for lack of maintenance.

We have some quasi war on drugs which all to quickly is swept under the carpet.  A few weeks ago we had this big scandal concerning doña Laura and an implicated drug trafficker from Colombia who apparently married a Tica for citizenship. The Gabriel  Morales scandal.  Like most scandals it is now a thing of the past because we need to move on to more important things like the elections or even Chinatown.

Freedom of the press; another touchy sensitive spot.

If I write something directly demeaning to or about the president, be it true and correct or not, I might spend time in jail. So there is a caution sign saying yield to contrived press freedoms because they are might be interpreted by the government as “freedom speech”, “appropriate”  or “defamation” and you never know which until it is too late.

In Costa Rica about the only thing you can depend on beside death and taxes is one more “shot in the foot” until the toes are all gone.

It is all in the definition of terms! BANG!