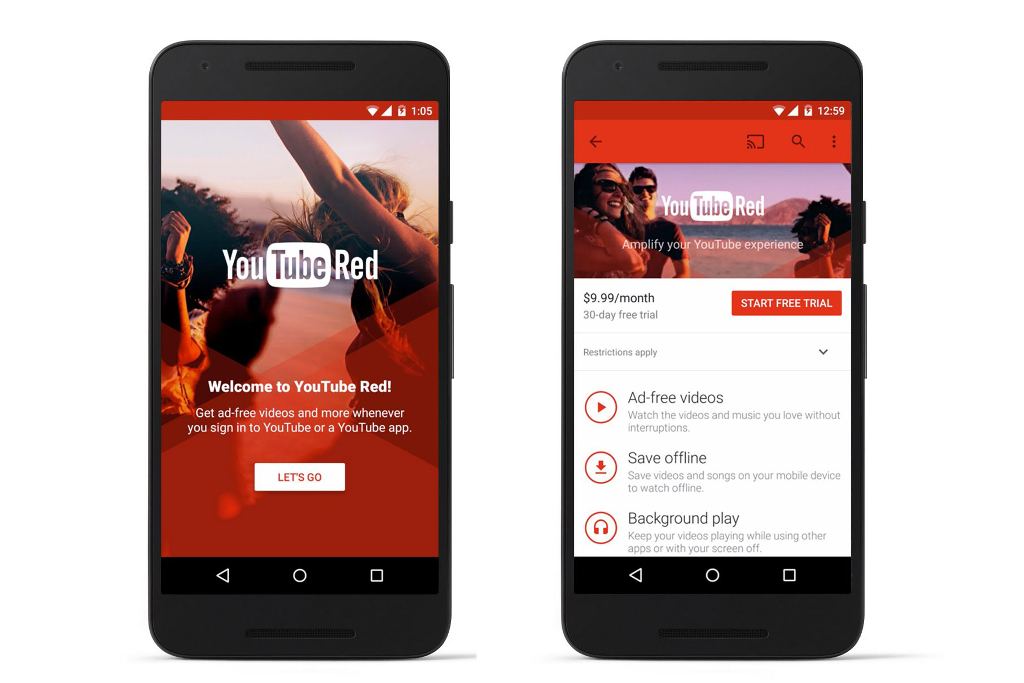 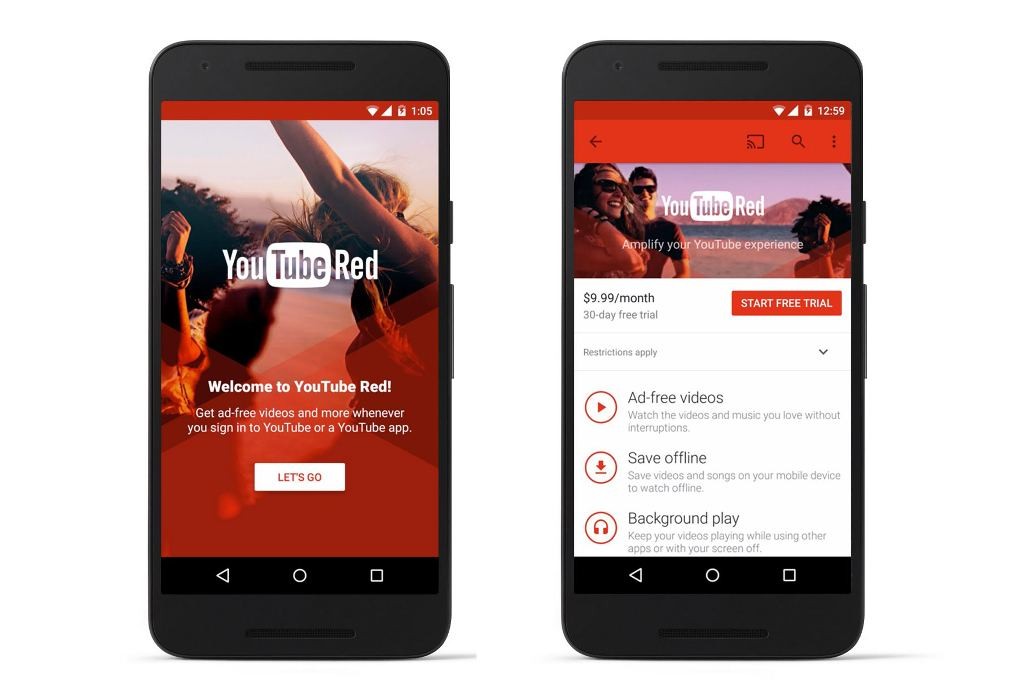 QCOSTARICA TECH  – YouTube has finally unveiled its paid subscription service. The Google-owned YouTube has been the go-to online repository for free videos for more than a decade, serving as a launching pad for stars like Justin Bieber and Michelle Phan.

It will officially launch on October 28 for US$9.99 a month.

YouTube Red will offer everything YouTube currently has on its service without any form of advertising, as well as a full subscription to Google Play Music and YouTube Music, formerly known as a YouTube Music Key.

With YouTube Red, subscribers get an ad-free experience, whether they are watching videos or streaming music, there will be offline saving of clips, and background audio

The service will most importantly let you download videos and other content to watch offline — meaning you can save full series of web shows or other content for viewing on a plane, on the Tube or in poor signal areas.

The US$9.99 cost is aimed squarely at services like Spotify and Apply Music, which cost the same — and if you buy a Red subscription via the iOS App Store it will cost $12.99 to cover the 30 percent ‘Apple Tax’ Cupertino applies to all in-app purchases.

There are also new original programs coming as part of the services. Google will launch at least 10 new shows including some from PewDiePie and other popular YouTubers. Starting early next year, subscribers will also get access to exclusive content from a few of YouTube’s top creators.

Unfortunately the service is not available for now in the UK. Google said “If you leave the U.S., you won’t be able to save videos offline, videos won’t play in the background, and you will see ads. Any videos that you’ve saved offline before leaving the U.S., will continue to be available offline for 30 days.”