Tropical Wave No. 13 could become a cyclone

QCOSTARICA – The Comisión Nacional de Emergencias (CNE) – National Emergency Commission – declared an orange alert in almost the entire country due to the passage of Tropical Wave No. 13, which has a high probability of becoming a tropical cyclone and affecting the country as of Friday.

This Wednesday the 82 municipal emergency committees were activated and the Emergency Operations Center is monitoring the impact of the rainy conditions.

Costa Rica President, Rodrigo Chaves, said that he and several ministers are ready to visit the territories that are necessary to provide assistance to the population. 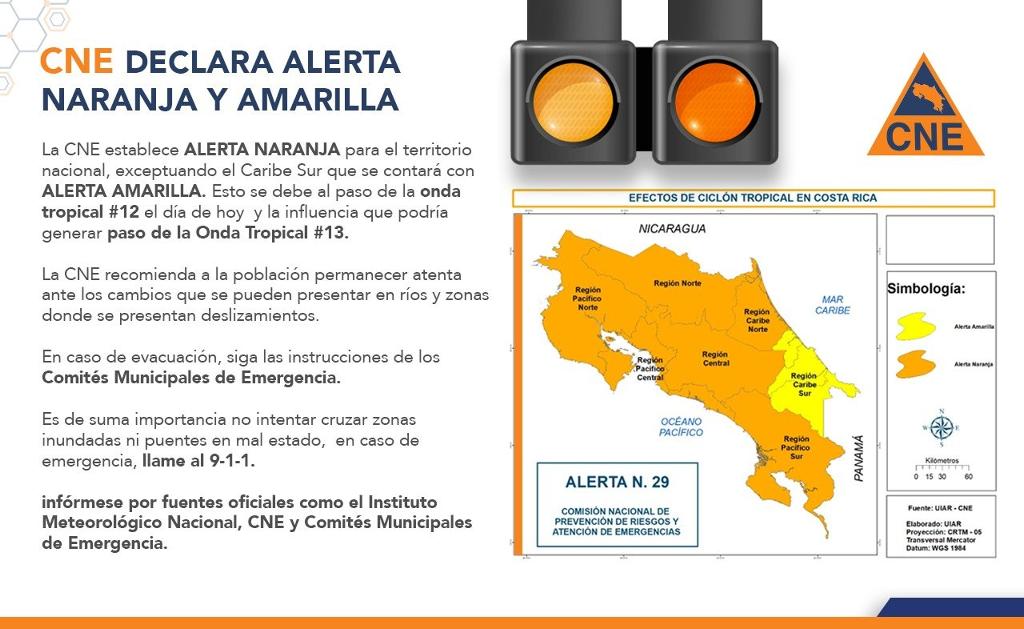 The President of the CNE, Alejandro Picado called on the population to take the necessary preventive measures, in particular people living in high risk areas.

Given the situation that is forecast, the Ministry of Public Education (MEP), made the decision to suspend classes on Friday.

The US National Hurricane Center (NHC) recommended that communities located on the Caribbean coast of Costa Rica and Nicaragua monitor the progress of tropical wave #13. 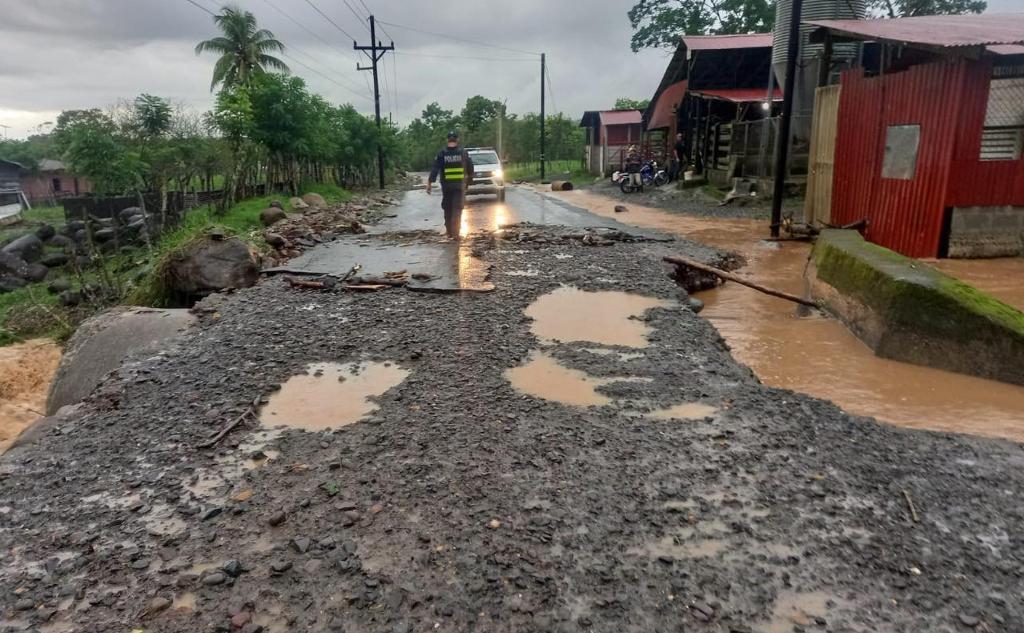 “The system is moving west at 39 km/h. A west-northwestward motion is expected through Friday. On the forecast track, the system will pass near the southern Caribbean Sea and the northern coast of Venezuela today (Wednesday) and near the Guajira peninsula of Colombia early Thursday. Also, over the southwestern Caribbean Sea at the latest between Thursday night and Friday morning. The system is expected to be near or over Nicaragua on Friday night,” the NHC detailed.

The effects of the potential cyclone are expected to be between Friday and Sunday.

The impact is expected between the border of Nicaragua and Costa Rica, and a considerable increase in the flow of the San Juan, Sarapiquí and Sucio rivers is expected.

The CNE and Cruz Roja (Red Cross) will start evacuations on Thursday in the following communities of the northern zone:

The affected are asked to carry identity documents, medications, medical prescriptions and clothing for a minimum of 3 days, as well as to protect pets or other animals.

- Advertisement -
Paying the bills
Previous articleRiteve comes to an end in Costa Rica
Next articleCosta Rica: A month without updating data due to covid-19