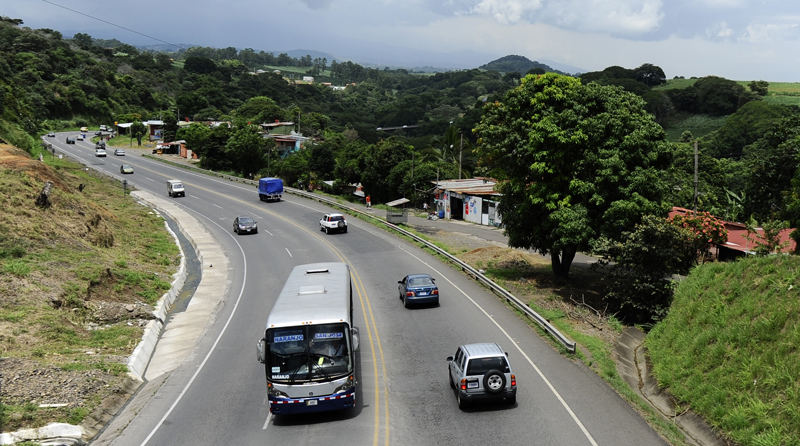 QCOSTARICA – The Legislative Assembly has approved the creation of a Bank Trust (Spanish: Fidecomiso) for US$473 million to finance construction of the route from San José to San Ramon.

This is the same route the previous administration awarded the concession contract and later rescinded, to the Brazilian company OAS.

The bill was approved unanimously by the 45 legislators present during Thursday’s session.

The trust would provide the necessary funds to expand to eight lanes the section of the autopista General Cañas from the water monument in La Uruca to the international airport, Juan Santamaria and six lanes from the airport to the Manolos crossing (at the RECOPE tanks) and four lanes from there to San Ramon on the Bernardo Soto.

The construction time is expected to be four years. The tolls would be ¢1.750 each way (¢3.500 for a round trip) between San Jose and San Ramon.

With approval in second debate (vote), the bill now requires the signature of President Luis Guillermo Solis – then – to the banks to form the trust.