Q COSTA RICA NEWS – In a circular dated November 7, 2016, Costa Ricaabruptly changed its migration policy to stop visitors using visas for the EU’s Schengen zone or for Japan from entering the country. 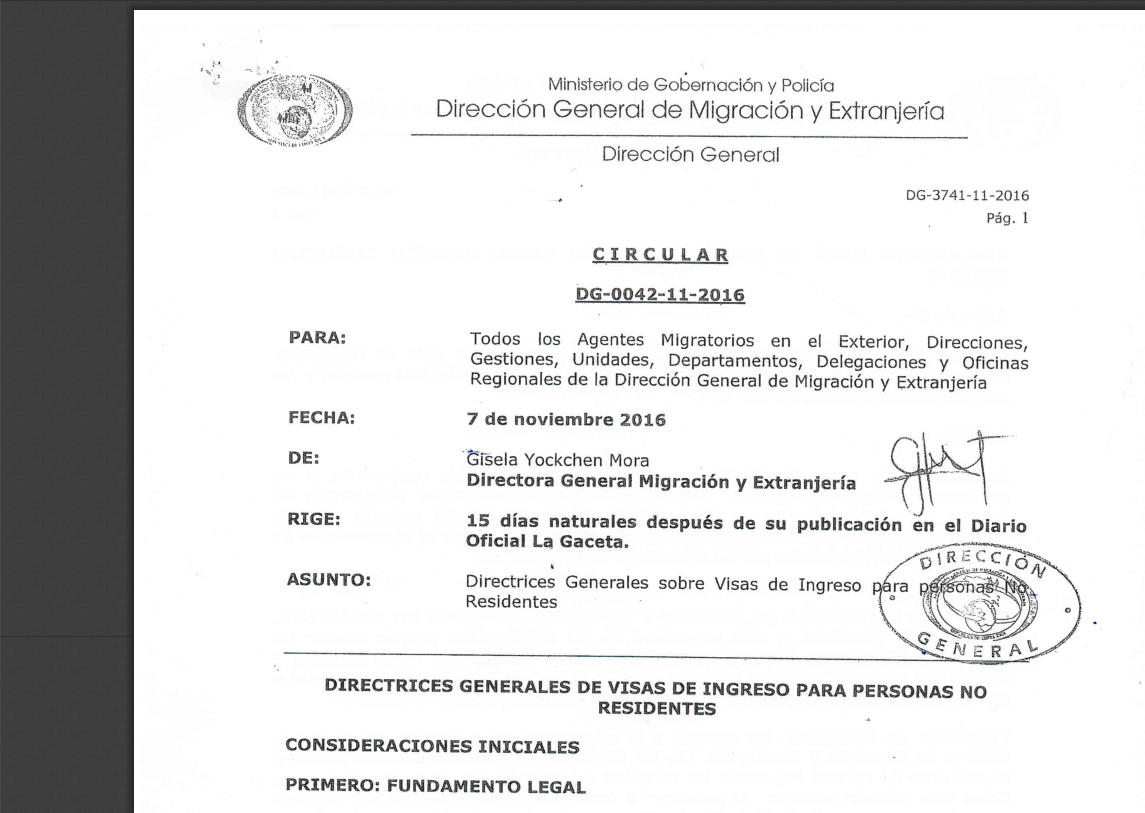 The decision was not explained.  The circular by the Dirección General de Migración y Extranjería (Costa Rica immigration service) says, “After two years of studies, we proceed with the issuance of a new guideline containing the necessary changes based on international agreements and of convenience for the Costa Rican State’.

The new guidelines went into effect this past Tuesday (December 13, 2016) as the country gears up for the end of the year tourism and also the start of the “high” (tourist) season.

“There has been a change in the past few days for Schengen visas and we have had problems with many people for this reason,” reported the AFP, adding that a number of European embassies did not seem to be aware of the change.

For visa info about travelling to Costa Rica, please consider the following information (from costarica-embassy.org):

1. Americans do not need a visa to enter Costa Rica. However, they must have a current valid passport and a return ticket to exit Costa Rica. (Either to return to your country or to go to another country). US passport must be valid for a minimum of one day from the day you enter Costa Rica.

2. Citizens of other nationalities do not need a tourist visa to enter Costa Rica if they have a tourist visa, a visa for crew or a business visa (multiple entry) from United States of America, Canada, Japon, Schengen Visa and/ or any country of the European Union . Note: Such visa must be stamped in the passport and be valid for at least 1 day (The length of stay may not be greater than the validity of the visa and may not exceed 30 days) or 6 months (Japon) from the day you enter Costa Rica.

3. If the foreigner has permanent residence, a student visa, a work visa in the United States and/or any country of the European Union and Canada, he/she does not need a visa to enter Costa Rica. In addition, he/she must have a passport valid for at least six months from the date of entry into the country and a round trip ticket. Note 1: This type of visa must be stamped in the passport, and must be valid for at least six months. Note 2: Permanent residents must submit their residency card (i.e. green card), which must be  valid for at least six months. Note 3: The residence proof stamped on a passport, refugee status, parole or work cards are not accepted. If this is what you have, you need to find out if you need a tourist visa at the Consulate of your jurisdiction.

Today, Saturday, June 12, only ODDS can circulate. The measure is countrywide and applied between 5:00 am and 9:00 pm, save for those under the...
Corrupion

Q REPORTS (DW) In Peru, the left-wing village school teacher Pedro Castillo has in all probability been elected the new president. The fact that...
News