Bills for electricity that they did not consume are for ¢ 86,000 each; company alleges possible error due to charging technology or energy theft

QCOSTARICA – Despite losing their home entirely in December, a Heredia received electricity bills from the Heredia Public Service Company (ESPH) for January and February.

In other words, the entity wanted them to pay for energy that they did not consume, or could not have consumed, since the house was completely destroyed.

“I would like to know how they read (electricity) meters. My house caught fire on December 26, at night, and the firefighters cut off the light from the street to put out the fire,” said Mayela Roldán Chaves.

She lived in the house, located in Jardines de Santa Lucía, in Barva de Heredia, for 37 years. with her husband, Jorge Vargas Gutiérrez, and their daughter, María Isabel.

After the emergency, the family went to live in Guachipelín de Escazú.

They paid their December electricity bill for ¢62,725, according to the bank record. However, the family later received two more bills from the ESPH: One for ¢85,903 for January and another for ¢85,732 for February. The two months the family no longer lived in the house, because the house no longer existed.

“How did you read a meter that is not working? There is no electricity. Those who are in charge of the report should take a better look,” the woman claimed. 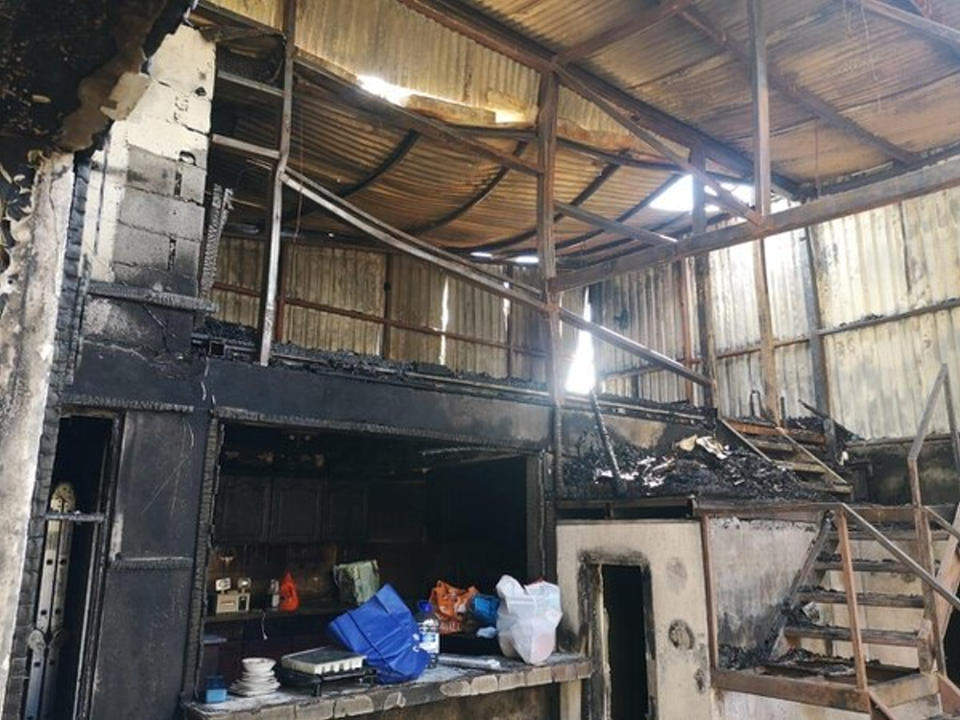 Roldán explained that they even paid the January bill by mistake, mistaken for December. However, later they verified that they had paid for the energy they never consumed. Or could have consumed.

“This week I called (ESPH) again and a customer service person told me that if I could give them a phone number to contact me and send an inspector to what was my house; that they would give me an answer in 10 days, after the inspection,” said Roldán.

As she says, at no time did they give her an answer for the January payment. Adding to insult, the customer representative offered a payment arrangement to avoid service being cut, service they no longer received since that December night.

Roldan decided to contact La Nacion, in a letter to the national newspaper explaining her situation.

Following inquiries from La Nación, the ESPH assured that they would send an inspector immediately.

“We understand the difficult situation that the family went through with the loss of their home, and we regret what happened to the billing, but it was impossible for ESPH to know that the client had suffered a fire because the impact is not visible from the road,” said the ESPH in response.

The utility added that the reader registered that the meter display was at 0 and it reported the requirement to change the meter, assuming that the house was still inhabited and the device was damaged. In fact, they said, the replacement was scheduled for March, and billing was applied, according to the regulations, with an average consumption.

“It is not until this week, two months after the event, that we are aware of the situation, and we have proceeded to correct the invoice for February and April a credit note for ¢81,235.22,” she added.

Now the family could request to suspend the service to avoid paying even the minimum of ¢2,156 monthly

“We want to guarantee the monthly reading of the meters to our clients and invite them to inform us of unforeseen situations like this to help them in the corresponding management,” said the ESPH.

Editor’s Note: The point here, not only for the residents of Heredia, but throughout the country, is to contact the corresponding utility in the event of an unforeseen event or no longer requiring a service.

Utilities are notorious for minimal or average billing, assuming a problem with the meter. They are also notorious for billing indiscriminately. And as in the case of the Heredia family, getting a refund for overpayment or overbilling is not so an easy task.

Depending on where you live, electricity theft may be a problem, neighbors splicing into your service. Keep a close eye on your monthly billing and take immediate action if they are any abrupt changes or charges.

QCOSTARICA - KLM announced, this Monday, April 19, that it will reactivate its flights between the Netherlands and Costa Rica, starting on June 29. The...
HQ

QCOSTARICA - The Ruta 32, which connects San José with Limón, will be closed from 6:00 pm from this Thursday until Friday 5:00 am...
Culture

QCOSTARICA - The building that housed the Key Largo adult entertainment center, in the heart of San José, will have a new facet: it...
Health

QCOSTARICA - The number of patients with covid-19 is advancing by leaps and bounds. This Monday, 571 people were hospitalized, 263 in an Intensive...
Rico's Covid-19 Digest

QCOSTARICA - The bridge located on the Ruta 27 in the area of the Forum de Santa Ana continues to represent a danger to...
Front Page

QCOSTARICA - Following is a translation of the editorial in La Nacion Friday following the report that the last 3 kilometers of the expansion...
Farandula

QCOSTARICA - The sharp increase in the number of new daily cases of covid and people requiring hospitalization is the reason for the bringing...