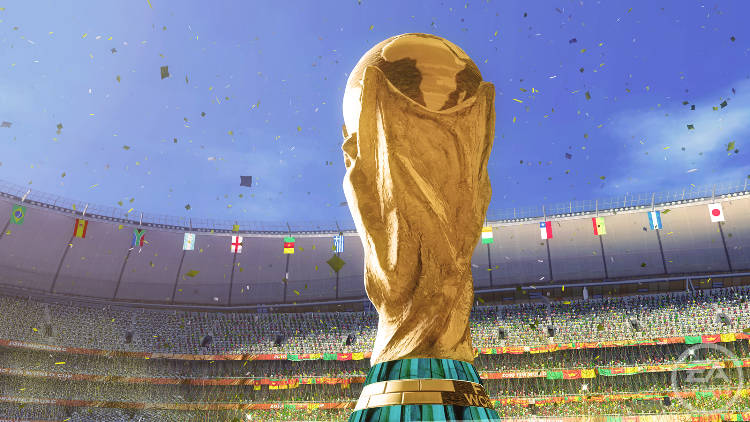 The FIFA World Cup™ solid gold trophy will arrive in Costa Rica tomorrow, Friday, as it travels the world to return to Brazil for the start of the World Cup games from June 12 to July 13, 2014.

The first time the Original FIFA World Cup™ Trophy made an unprecedented tour was in 2006. This is the third time that the world’s most coveted symbol of football is going on tour around the world. The 2013/14 Trophy Tour will visit 88 countries during its 267-day duration.

The cup will be in Costa Rica for only 48 hours, on display at the Eventos Pedregal, Belén, on Saturday 28 and Sunday 29.

According to Dianne Medrano, marketing manager for Coca Cola in Central America, some 30.000 people are expected to visit the trophy in Costa Rica, for a total of more than 1 million visits around the world.

The Trophy, which is 36.8 cm tall, weighs 6,175 g and is made of 18 carat solid gold. The name of the country whose national team wins each tournament is engraved in the bottom side of the trophy, and therefore is not visible when the trophy is standing upright. The text states the year in figures and the name of the winning nation in its national language. As of 2010, ten winners have been engraved on the base.

In fact there are two trophies. FIFA’s regulations now state that the trophy, unlike its predecessor, cannot be won outright: the winners of the tournament receive a replica which is gold plated rather than solid gold.

The Ticos
Despite missing out on South Africa 2010, Costa Rica have established themselves as the most consistent third team in the CONCACAF pecking order, ranking in behind Mexico and the United States.

The Ticos reached their first FIFA World Cup™ back in 1990 after attempting to qualify on and off since 1938. They then missed out on the 1994 and 1998 editions before returning to the global fold with distinction in 2002.

They went as far as the inter-continental play-off last year, but were beaten barely by eventual semi-finalists Uruguay over two legs and missed out on booking their third consecutive appearance at the biggest football show on earth.

- Advertisement -
Paying the bills
Previous articleInterlinea Buses Start Rolling Next Week
Next articleSan José The Fourth in the World Most Vulnerable to Natural Disaster: Swiss Report