OIJ Investigating Mansion Built By Narco In Limon Without Permits 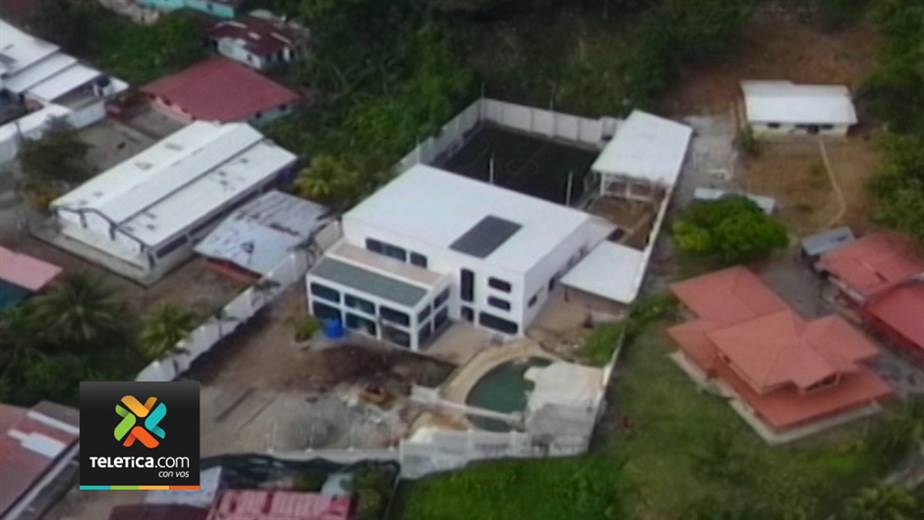 Photographs taken from a cell phone show the process of building a luxurious house facing the sea that is presumed to belong to a supposed narco in the Caribbean city of Limon. The building lacks municipal permits.

According to the OIJ and the Fiscalia (Prosecutor’s Office), the mansion is believed to be owned by a member of a violent criminal gang led by Keylor Jacob Cole Kelly, alias Gato Cole.

The photograph is dated October 16, 2015. In another of the photos dated July 9, 2015, you can see the pool. And in a photo sent on July 10, 2015, a photo shows how the mansion that was built in the Veracruz de Limón neighborhood, facing the Caribbean Sea. The images show the house consists of the main structure of at least two floors with a large balcony, a pool, a soccer field and a ‘rancho’.

The Fiscalia is investigating to determine if the luxurious property belongs to Keylor Jacob Cole Kelly, who is being investigated for money laundering. An investigation is also underway to determine any payoffs to municipal officials to allow the construction without permits.