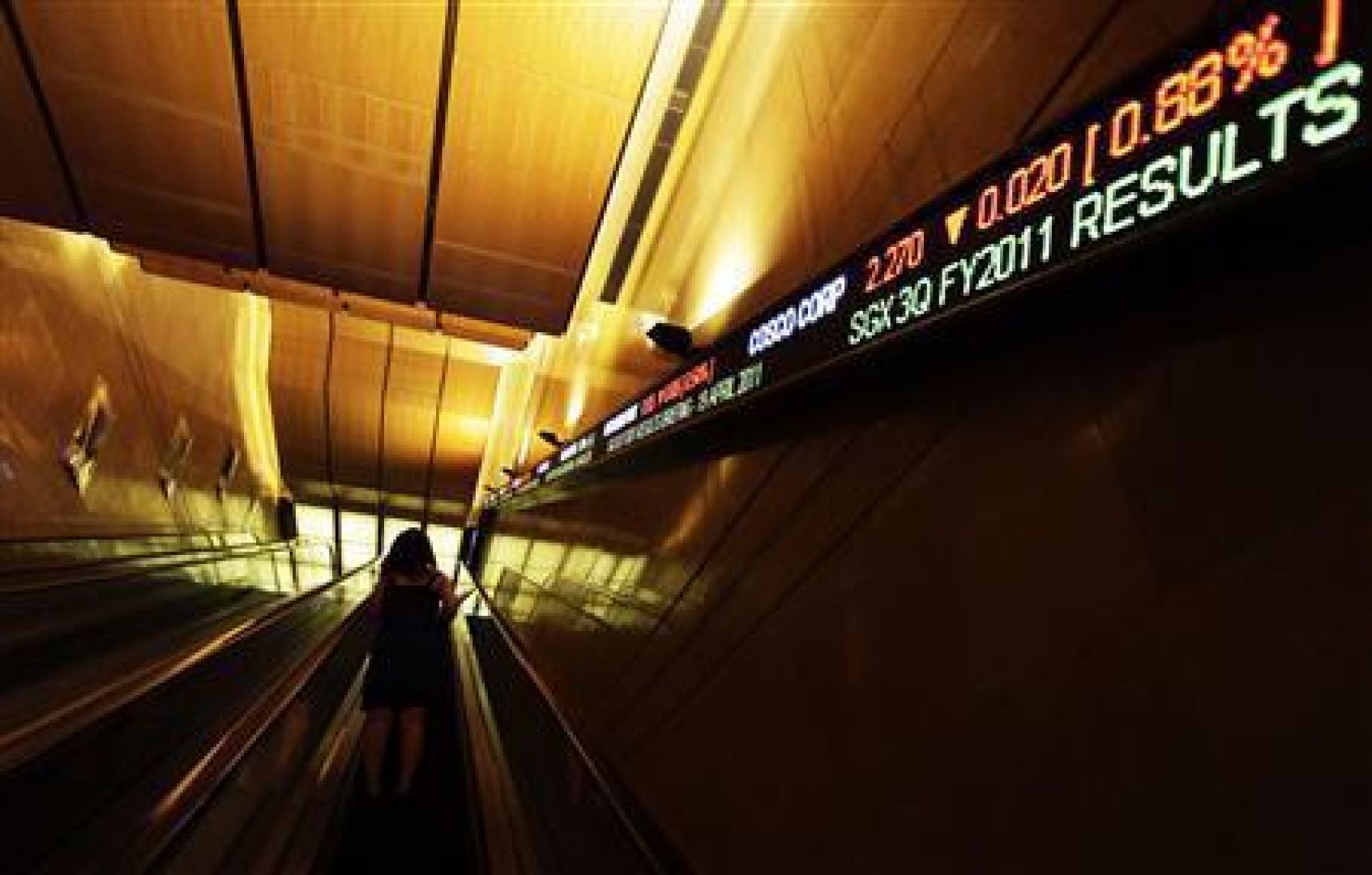 Q24N – A new report from the US Congressional Research Service details the importance of trade-based money laundering for criminal networks in Latin America and outlines some of the ways the region’s governments are attempting to combat illicit financial flows.

The CRS report (pdf) describes trade-based money laundering, or TBML, as “among the most challenging and pernicious forms of money laundering to investigate,” and cites U.S. government estimates that suggest billions or even tens of billions of dollars in illicit wealth is laundered through TBML schemes each year.

One of the most common TBML schemes involves over- or under-invoicing of goods and services.

As the CRS report explains, using this method, an exporter can transfer money to an importer in another country by invoicing exported products at lower than market value. In this way, the importer obtains goods that are worth more than what he or she paid for them, effectively resulting in a transfer of funds from the exporter to the importer.

Similarly, an exporter can over-charge for products he or she exports, effectively transferring funds to him or her self from the importer.

One of the most famous TBML schemes is known as the Black Market Peso Exchange. The method was originally developed in the 1980s by Colombian drug trafficking groups seeking to disguise their multi-billion dollar illicit earnings, but it has also been adopted by crime groups from Mexico and other countries more recently. (See the CRS infographic below.) 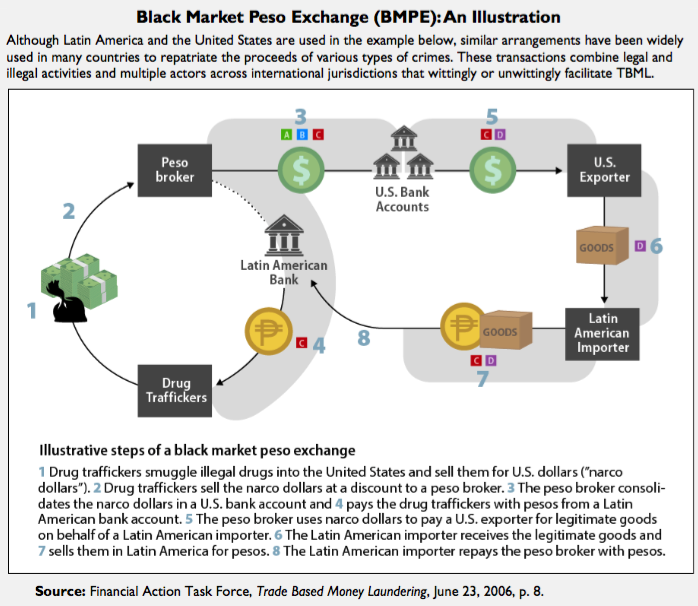 The complicated system involves using illicit earnings to buy legal goods, which are exported to the crime groups’ home countries and resold in the legitimate market. InSight Crime reported on a notable recent example of this scheme in the 2012 article, “The Perfume Man and Chapo’s Stinking Dollars.”
InSight Crime Analysis

According to the U.S. State Department’s 2016 International Narcotics Control Strategy Report, concern about TBML schemes has arisen in several Latin American countries, including Belize, Brazil, Colombia, Guatemala, Mexico, Panama, Paraguay, Trinidad and Tobago, Uruguay and Venezuela. And as InSight Crime has previously reported, many of these countries face significant challenges when it comes to confronting money laundering.

Criminal organizations still rely heavily on bulk cash smuggling rather than trade-based money laundering as a means of moving their illicit earnings (pdf). However, many experts consider TBML to be one of the most difficult forms of money laundering to combat because it allows illicit transactions to be hidden within the massive and complex system of legitimate global trade flows.

For this reason, many countries in Latin America have begun to take steps to address TBML and other forms of money laundering. Most countries in the region belong to the Financial Action Task Force of Latin America (GAFILAT), an intergovernmental organization formed to facilitate cooperation on anti-money laundering efforts. Also, according to the CRS report, a number of Latin American countries have formed “Trade Transparency Units” that are specifically tasked with monitoring possible instances of TBML and other trade-related crimes.

QCOSTARICA - Costa Ricans are the Central Americans who view the...
Read more

QCOSTARICA - Costa Rica is on the verge its seventh consecutive week with a decrease in new cases of covid-19. Between Saturday (February 20)  and...
Vaccine

QCOSTARICA - Vaccination against covid-19 will be mandatory for all health officials, announced the medical manager of the Costa Rican Social Security Fund (CCSS),...
Economy

QCOSTARICA - Costa Rica's banana growers reached an export record in 2020, despite the impact of the pandemic, shipping fruit in new markets and...
Business

QCOSTARICA - The elimination of the daytime sanitary vehicle restrictions in less than a week, given the drop in infections and hospitalizations due to...
HQ

QCOSTARICA - A 30-year-old man, who posed as a dentist, set up an office in the garage of a house in Siquirres, Limón, where...
Vaccine

QCOSTARICA - The Ministry of Health authorized the use of AstraZeneca's Covid-19 vaccine on Friday, based on the conditional marketing authorization of the European...
Trends

The blackjack game is associated with excitement and joy. The players experience great enthusiasm while playing the game because of its great rewards for...
Pura Vida

QCOSTARICA - Dona Rosa lost everything in her life and surrendered her will to the hands of others. Luck changed one day when she...