It was announced that the National Assembly of South Korea ratified the Free Trade Agreement signed with Central America. 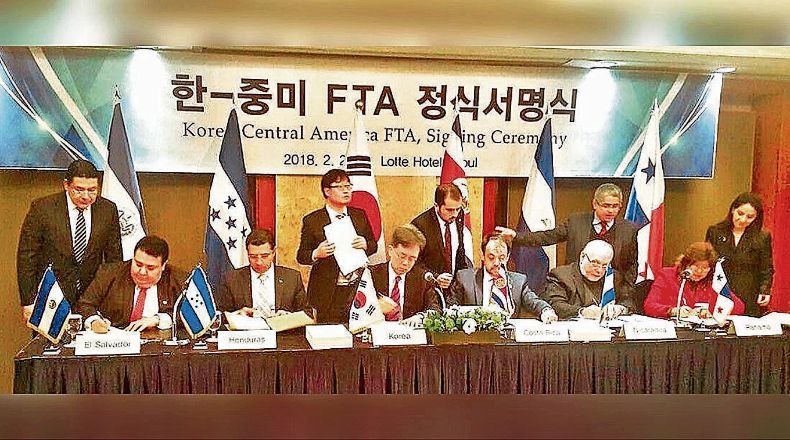 The announcement was made by Seok-hyun Lee, deputy of the Korean assembly, who reported on the evening of August 2: “… We, the Korean National Assembly last night ratified the FTA with the nations of Central America. I hope you will benefit each other.”

Laprensagrafica.com reports that “… With the good news of the ratification of the Free Trade Agreement by the Congress of South Korea, new opportunities are opening for our export sector that we hope will result in more jobs in our country,’ wrote Economy Minister Maria Luisa Hayem on Twitter.”

Hayem added that “… Coffee, sugar, tuna and textiles are some examples of the products that we will be able to export to South Korea with the benefits of the FTA with El Salvador. For example, Salvadoran raw sugar will have free access to the South Korean market without the payment of tariffs.”

After two years of negotiation, the treaty in question was signed in February 2018 by El Salvador, Panama, Honduras, Nicaragua and Costa Rica. In the case of Guatemala, it negotiated the FTA with South Korea on a bilateral basis.

Costa Rica has some of the best beaches in the world. The coastline is blessed with golden sand, beautiful palm trees, and perfect blue...
Trends