Uber Driver Has Wallet Stolen, Company Tells Him To Talk To Thief About It 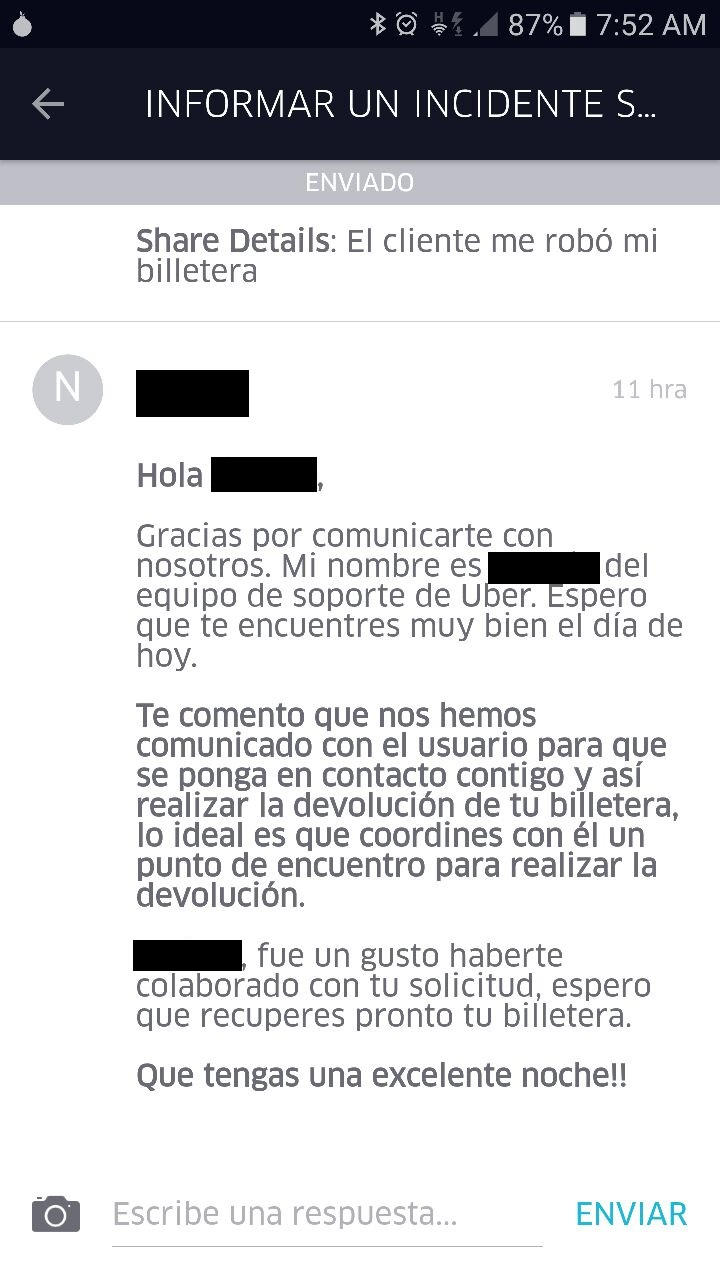 QCOSTARICA – Although it seems like a bad joke, a Uber driver who had his wallet stolen from by a passenger is told by the company to meet with the passenger to get it back.

The incident occurred hours after the transport app enabled payment in cash in Costa Rica.

The driver told the media that he reported the incident to the Uber technical support team, who recommended him to meet with the person responsible for the theft to coordinate the return of the wallet.

“We have communicated with the user to make contact with you and to make a return of your wallet, ideally you should coordinate with him a meeting point for the return,” cites the Uber response.

On Tuesday, another driver was affected by the cash payment policy, when in Desamparados a passenger got out of the vehicle and ran off without paying for the ride.

The driver said on the social media the worst is that Uber will be charging him his percentage of the ride, left holding the proverbial bag.

On Monday, a group of Uber drivers protested outside the company’s offices in San Pedro against the cash payment option now available to its users.

Until Monday, Uber accepted payment online by either a debit or credit card and Paypal. Drivers say the cash payment puts them at risk, as occurred in at least to occasions in the first days of the new policy. The company defends the change by saying the practice is in place in at least 70 cities worldwide, in which at least 30 are in Latin America and security of drivers is still maintained.