The intense rains of the last few days has generated an increase in incidents, specifically related to overflows of rivers and landslides 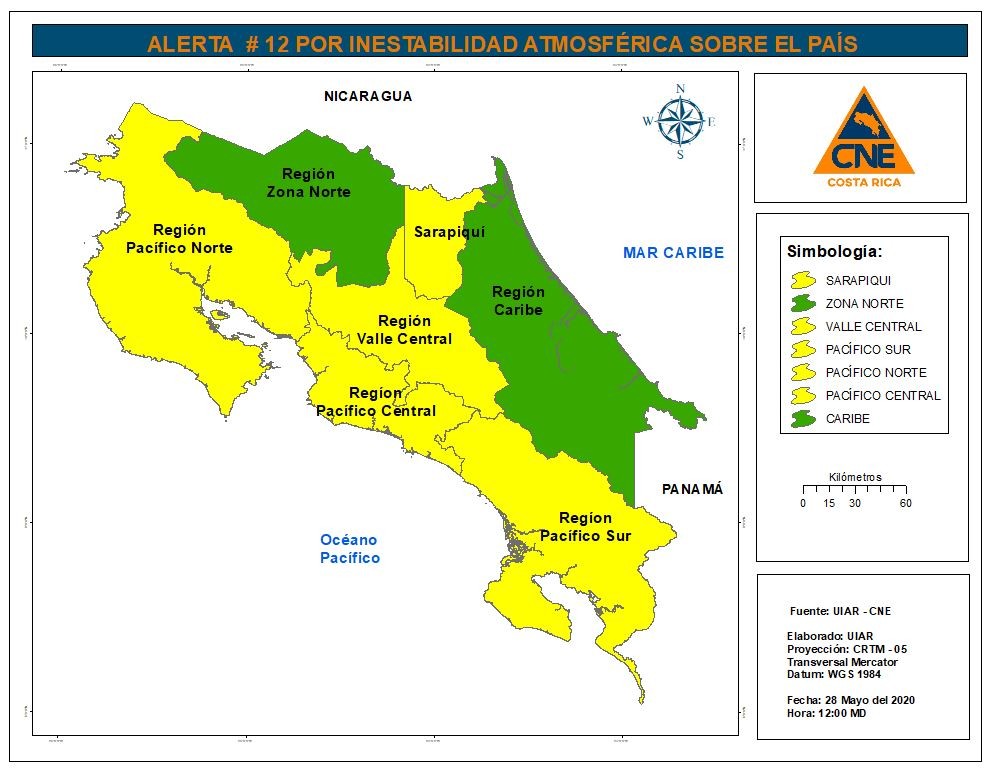 The atmospheric instability presented in recent days has generated significant accumulated rainfall, especially along the Pacific, Central Valley and some sectors of the North Zone and Sarapiquí.

According to the national weather system (IMN) stations, the highest amounts of rainfall (between 100 mm and 120 mm) were recorded this Wednesday in the surroundings of the mountains of the Northern Caribbean and the Northern Zone; while, in the Central Valley, and particularly in San José, amounts close to 80 mm were recorded.

This generated an increase in incidents, specifically related to overflows of rivers and landslides, so the National Emergency Commission (CNE) decided to decree a yellow and green alert for some sectors of the country, as follows:

For this Friday, May 29, the influence of the Intertropical Convergence Zone is still present in Costa Rica, it favors for heavy rainfall to occur during the afternoon and part of the night.

In addition, a low-pressure system is presented – also part of the Intertropical Convergence Zone – remains stationary off the coasts of El Salvador and Guatemala. The models indicate that it will be moving to these countries over the weekend, while reinforcing the rains in its surroundings.

The CNE and the IMN closely monitor the Tropical Wave (N.2), which is expected to arrive from Friday and its effect throughout the weekend.

QCOSTARICA - The new Surveillance Guideline for the COVID-19...
Trends